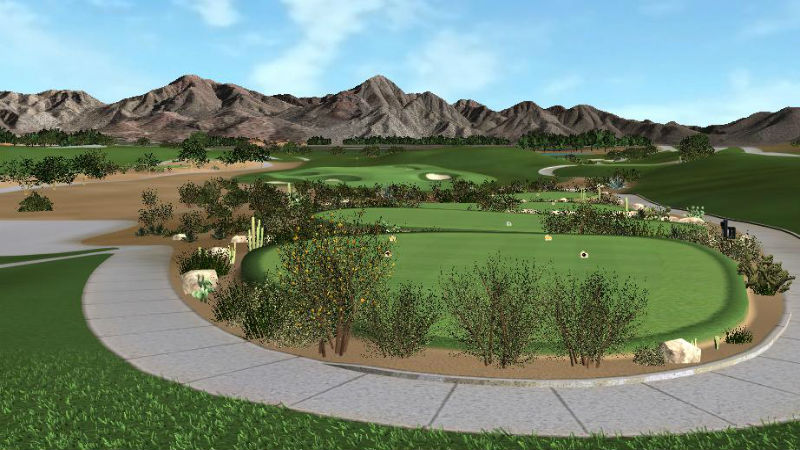 This was a week that was due to decide the destination of the title, but has only served to open up the race to a possibility of three teams duking it out. Attention naturally fell on the big clash at the top of the table, but it allowed a couple of the sides an opportunity to position themselves under the radar and potentially swoop while the A-Team were busy finalising their weekly playlist.

Following on from their dominance of the lower leagues, Paula’s Creamers have failed to live up to the hype that came with their promotion and this week set about upsetting the older guard of Keith Spieth and the Johnsons. The task was made increasingly harder by the return of Spieth’s main man and challenger to Jason Day as “Most Deliberate Man in Golf”, Andrew Slowgier. Returning from a potentially crippling back injury, Andrew was in fine spirits and in vintage form.

Making up for lost time, Slowgier launched some bombs of the tee and hit his first two approach shots to within gimme range. They may have been up against it, but Paula’s kept at it and were very much in the contest coming down the stretch. Who knows, had they not been missing the talismanic Drago, things could have been oh so different. Though the golf was good, this could have been mistaken for a testimonial as Spieth aired another of his all-time greats in the form of Clive Wells. He may be looking like more like Neil Young these days, but he still chips like Seve – as he showed by chipping in on the final hole to close out the match and also Paula’s chances in this league.

Michelle Wie’s Wet Slice may have had their obituary written a little early as they returned to winning ways against Something Els this week, giving light relief to their beleaguered team captain. Els were up against it from the get-go as the side left their debutant to fend off the opposition single-handed. It may have looked one-sided, but Something Els’ lone ranger put up a stout defence. Wie will have better performances, but this will feel like a huge relief to accrue their first points in a while.

The game that has been dominating the news channels for what feels like weeks now, finally arrived as the immovable objects of A-Nother Team hosted the unstoppable force of Kan’t Putt, Mine’s a Gimme. This was for all intents and purposes the title decider.

Almost inevitably, this game was tighter than tight. Thought the standard was higher than a hippy on the third day of a festival, neither team could break the deadlock.

It took six holes before the stalemate was ended, but almost before either team could realise the change of score, things were even Steven again. This was a short-game masterclass, with both sides impeccable around the greens a no putts remaining above ground. Strolling down the final fairway with nothing to split the sides, and a little Phil Collins pulsating through the airwaves, one could have been mistaken that this was anything other than the most important hole of the two team’s lives.

Kan’t Putt struck into the green first, producing a near gimme iron shot to just over six feet. A-Nother Team were unable to match the quality of that approach and left themselves an ass-twitcher of a 20 footer down the slope for the half. They’d been here before of course and, showing no signs of nerves, comfortably poured in the putt for what was a fair half.

There may not have been the expected fireworks, but this was a game to satisfy the golfing enthusiast. Ultimately, neither side will be entirely contented with the result, but the league will move on and if the bookies are to be proved right, this is going down to points difference.