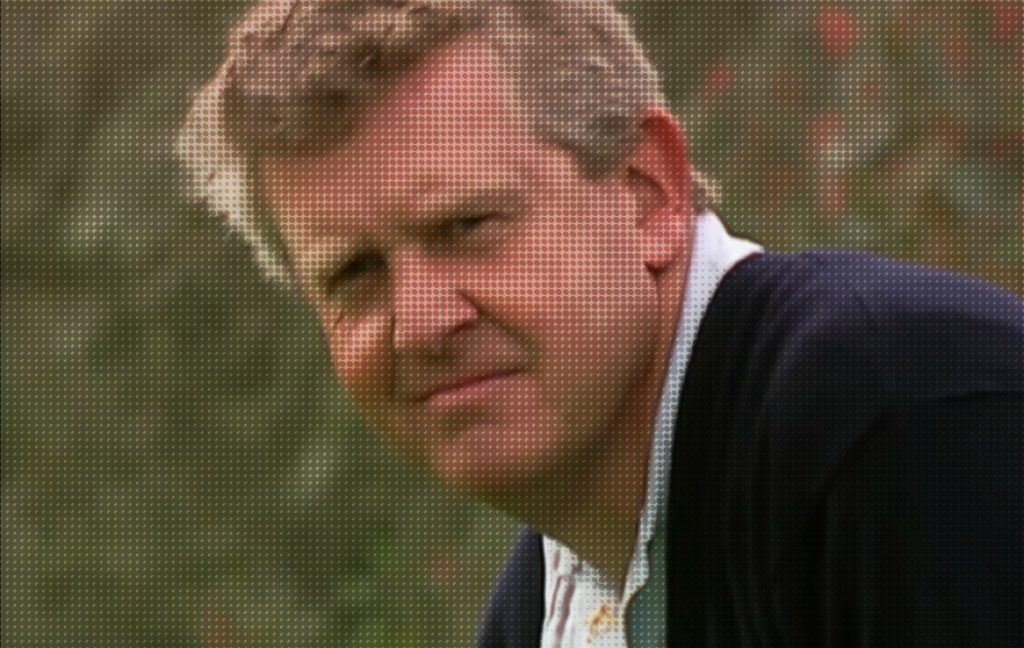 They like to think of themselves as “the most exciting league in the world”, but the Premier League can stick this weeks UG Team League in their pipe as that mantle well and truly belongs to our most unpredictable of formats. Just one week ago, The A-Team were a rudderless ship drifting into oblivion without their talisman Tony “Boss of the” Moss. The Urbanites were set to rewrite the history books as the best-looking team to ever win a league title and WK J Choi were set to make Leicester City’s league triumph appear run-of-the-mill.

Well, one week on and The Boss was back to steady the ship while The Urbanites were without their pilot, Alex Jolly, and left to depend on Ed Neale. The anxiety from both sides of the tee box was palpable and this was reflected by the way the opening hole was played, up until the green at least. In scenes reminiscent of The Belfry in 2002, Moss (ala Monty) poured in a tram liner across the surface and simultaneously raised an eyebrow and his putter to acknowledge the rapturous celebration from his adoring public. Ed Neale was very much immersed in the Scott Hoch role!

The writing was on the wall, and before long it was clear that The Urbanites were about to be handed their arses in a big way. What followed was a humbling experience for Ed, as Moss relished reigniting the passion in his side and continued to wow onlookers with his putting prowess. A 6 hole victory really didn’t flatter The A-team, but it was enough to vault them back to the top of the table and put a serious dent in the title aspirations of handsome Ed Neale.

Fresh from their own arse-handing were Shaft, who despite playing some good stuff had been blown away the previous week by The Beamers. This week they faced a resurgent WK J Choi who had last week shocked the golfing world with their dominant win over “Clueless Clyde” and his rudderless A-Team. They say that a week in politics is a very long time, well it seems that a week in golf may even be a hint longer – especially if you are laying behind Andrew Ogier!

Shaft have been around long enough that they knew they didn’t need to panic in the wake of their latest loss, and if anything were buoyed by their performance. Choi, now in unfamiliar territory looked burdened by the heightened levels of expectation. That said, the neither side dominated the early exchanges. On points Shaft were edging on the judge’s cards at ringside, mostly down to some crisply struck iron shots from Keith Schrod. The game was punctuated by plenty of birdies being joyfully traded back and forth. Ultimately though it was their inability to fend off the incessant flow of witter banter and gamesmanship of Andrew Ogier that tipped the game away from Choi.

A classic combo of booming drive, slightly knifey iron and hefty putt gave Shaft the crucial advantage on the penultimate hole, providing them with their opening win of the campaign. Sadly, for the leagues elder statesmen they remain rooted to the foot of the table but not without hope.

Rounding off an entertaining night of competition were the latest darlings of the game, The Beamers – taking on Sultans of Swing. The Sultans were visibly quaking at the prospect of taking on the Kiwi birdie machines. As it turns out, they were right to be so apprehensive. The Beamers continued their perfect birdie streak from last week and indeed extended it to 12 consecutive holes (and 15 in their last 16 holes) – a new league record. Two down after 3 holes, the Sultans were just hanging on to the hope that with a little grit they may avoid the kind of spanking being dished out to The Urbanites.

They did knuckle down with a couple of birdies but the Kiwis kept pouring them in and had it not been for an inexplicable bogey on a short par 3, would have recorded another sub-thirty score over 9 holes. As it was they cruised to a 4 hole victory and are right in the mix now – something that looked impossible after their opening day loss.

Next week could well be the week it all changes as A-Team take on The Beamers. If either side steals the win then they will be heavy favourites to take the title, however The Urbanites will be crossing everything that they are inseparable. What’s certain is that the big game will be a feisty fixture with Clyde Woods already riling his captain by coming out and goading Aidan Socks from The Beamers.