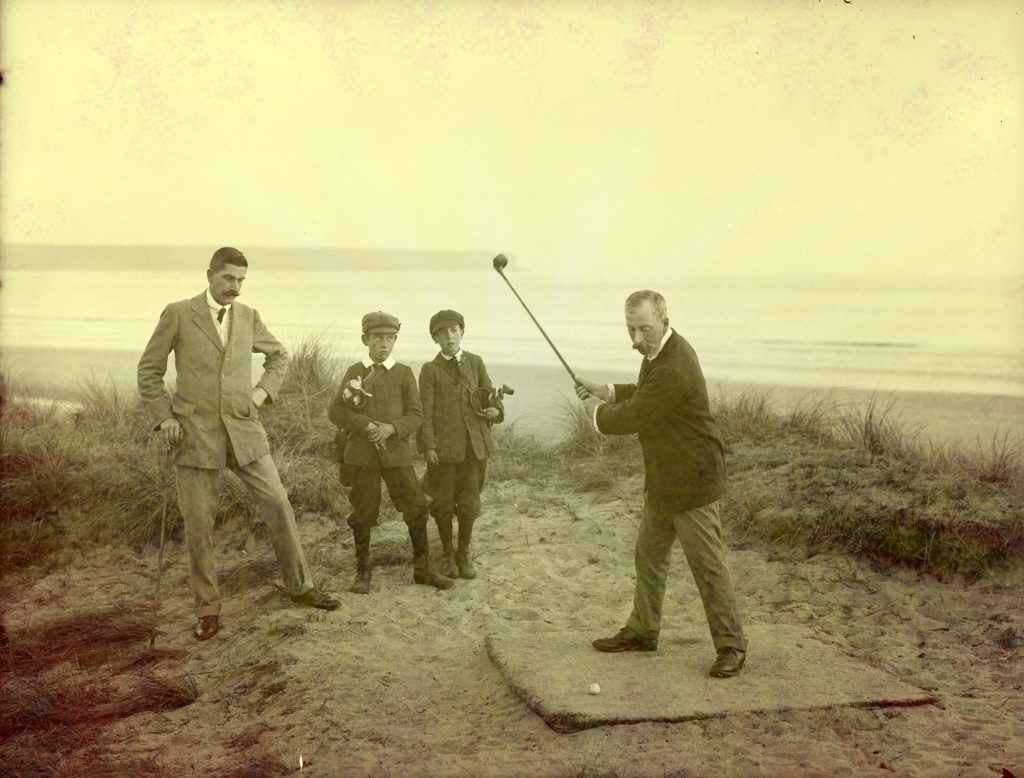 Time really is an astonishing thing. It is scarcely believable that the orange-faced goon, Donald Trump, has only been in office for just over a week. Perhaps even more fanciful is the turnaround of Golfy McClubface from floundering golfing numpties to kings of all they survey in just a matter of weeks.

Critics of McClubface, of which there are many, will point to the relatively easy schedule of fixtures that have been handed to them at the start of the season. This view is deeply flawed given the talent available to all teams in the league now and particularly when you consider that McClubface have this week beaten Fists of Furyk. Very much in the mould of Roger Federer, these veterans are enjoying an Indian Summer that may yield their greatest triumph to date.

Their meeting with Fists of Furyk had been billed as a title decider in the build-up, but McClubface dismissed any talk of a close contest with a spectacular barrage of scoring in the opening holes that was rounded off with a ridiculous Keith “Hand of” Schrod eagle on the 5th that effectively ended the contest. This was the wily campaigners at their very best. While his team mates put on a golfing masterclass, Andrew Ogier excelled with his unique brand of mental disintegration to really work the opposition into the ground.

In total contrast to those of McClubface have been the fortunes of The Beamers, whose imperious displays of yesteryear have been replaced by tentative performances against highly motivated opposition. Looking to avoid a third straight defeat this week, they needed to go to the well to dredge up one of their vintage displays in order to see off Everbody Needs Godwin.

Godwin came out firing and certainly asked all the questions of The Beamers who seemed to be revelling in having been written off as has-beens. This was to be their most fluid performance in a couple of months as they produced a flawless round of 7 under to only narrowly claim the points. Their race may be run in terms of the title-challenge but they once again proved that they have the ability to perform wonders and will undoubtedly test McClubface’s title credentials when they meet at Scottsdale next Monday.

Another side hoping to carry the title aspirations forward another week was Charley Hull’s Unraked Bunker as they took un the thus far disappointing Dude, Where’s My Par. This again was a game of spectacular scoring, that in many ways upset the form book. The Dudes had suffered in the opening weeks having been drawn against both McClubface and Fists, but having played some good golf came up short on both occasions. This week they continued their impressive run of holes without a bogey, but importantly added a more liberal sprinkling of birdies.

With Charley Hull living up to her reputation and leaving several bunkers unraked and decidedly over-used in the early holes, Dude found traction with some early birdies. The Dude’s were left wondering where par was after a series of fine birdies, none more so than after an imperious iron on the par 3 5th finished within gimmie range and left little doubt as to the final result. Though Hull came back strongly at the end, Dude’s secured a solid win that gave the league table a satisfying look with every team having won at least once.

Mathematically it is still possible for any team to still win the league, but all eyes will be on the meeting of Golfy McClubface and The Beamers as their one-sided rivalry resumes next week.