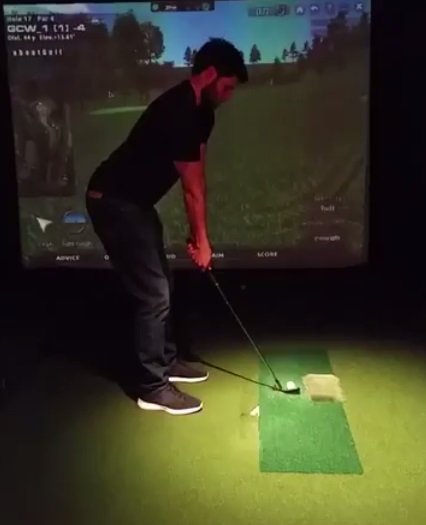 After a prolonged period of introspection and contemplation, Stevie’s Wonders returned to league action this week with a steely determination to regain the crown they so cruelly lost last season. Having ended the campaign with a spectacular win over league winners, the Bulbous Quegs, they should have the confidence required to elevate their collective skills. With newcomers to their league, they will certainly have to be on their mettle to beat the likes of CGMB who are fast become one of the most popular teams on the circuit – already boasting millions of fans in the emerging Asian markets.

First up for the Wonders were the team from Your Golf Travel, who despite boasting a lengthy allegiance with Team League, were making their competitive debut. Ever the competitors, Stevie’s were never going to take it easy on the new boys, and they came out at the bell like a young Mike Tyson. A powerful birdie-eagle combo to open up knocked the wind out of the inexperienced YGT.

Led by the very capable “Tommy Gunner”, YGT set about challenging the world Corona consumption record. Though it may have come at the cost of three points, they put in a creditable shift and look like they could be a hugely popular addition to the league – albeit after the watershed as they offered teammates sage, but largely expletive ridden advice after most shots.

Stevie’s inevitably triumphed, with “Clapping Clyde” seemingly applauding every shot his side hit. Nobody in the near vicinity would have had any doubts as to the way this game was going, and will certainly take a special performance to knock The Wonders out of their stride this season.

Fresh off the back of their dramatic promotion winning campaign in May, CGMB announced themselves on the big stage against #GCW with another vintage display. Off the back of some heroic performances for her side last term, Wonderwoman returned, swinging as well as ever. Encouragingly though, all members of the side are now starting to share the load and as a result have turned into an extremely powerful unit. #GCW on the other hand have had their struggles both on and off the course.

Captain Alex recently sparked an international Twitter battle over his now iconic “bum-press” – the pronounced sticking out of his arse before every shot. The jury is still very much out (it’s actually not) as to whether the bum-press is a help or a hindrance to his and #GCW’s performance, but he’s nothing if not persistent.

The match was an interesting clash of styles as CGMB took the slow and steady approach via mown grass and #GCW displayed their more dashing cavalier style of play making use of cart paths and trees. Ultimately the haven of the short grass proved to be the more profitable source of birdies as CGMB racked up a steady flow on their way to an impressive win.

The league looks set to boil down to the contest between Stevie’s Wonders and CGMB on 13th June. Tickets are already selling fast and it is thought that as many as 6 people may turn out to watch the clash.