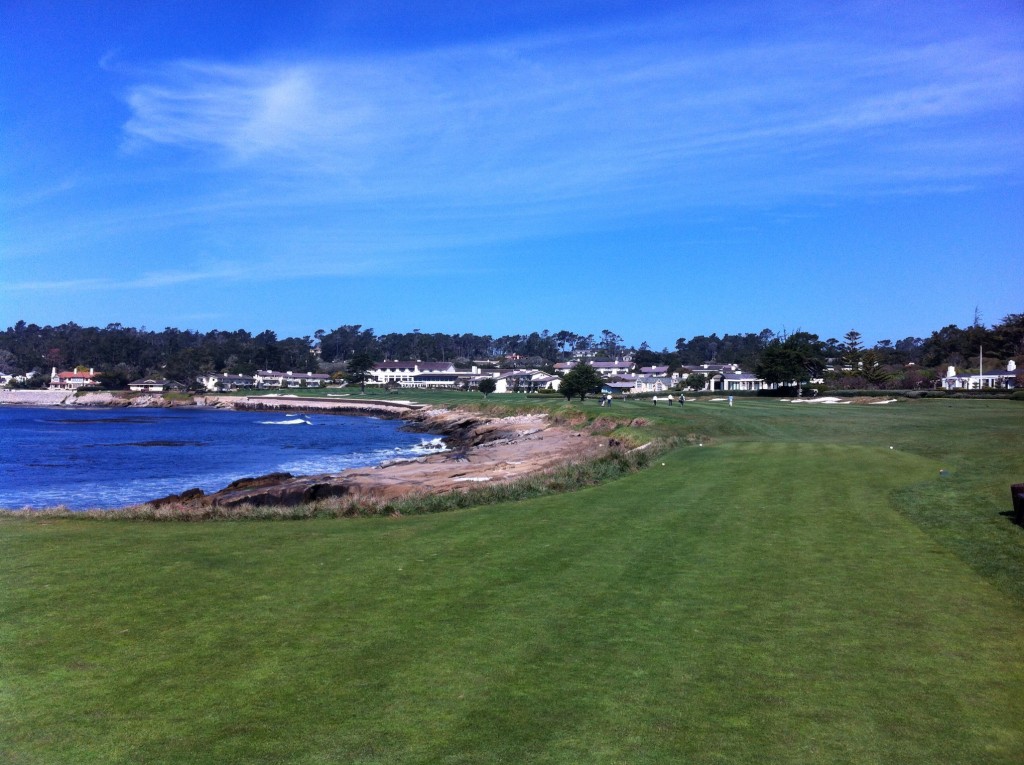 League 1 has now come alive after a subdued opening round of fixtures in which Stevie’s Wonders avoided the limelight. Much like the early exchanges in a world title fight, the teams spent the first round dancing around, making faces at each other and occasionally affording the odd hug.

In fairness, they may as well have carried on in this vein in the game between Infinity International and Knights In Shining Arnold Palmer as they played out a half. The result may lead to thoughts of a dull, birdie-shy snooze-fest, whereas is was all blood and thunder. Playing the role of LVG, Infinity’s Tom Hardy lookalike gaffer, rung the changes as he stripped the team of their experience and drafted in some youngsters – which resulted in a far more energetic performance.

Despite Hardy’s idiosyncratic set-up – at one point medics were called as a member of the gallery thought he was having a seizure, only to find that his pre-shot routine had been inspired by a combination of Owen Farrell and Charles Barkley – he peppered the pins in the early holes and eliminated the need for putting. This fine approach play was cancelled out by some extravagant putting from the Knights as they regularly poured in putts from 30 feet. As the lager continued to flow, the yet-another-long-putt-holed celebrations became even more extravagant. As the final snotgobbler of the match fell in, the putter was launched into the air as its owner performed one of the more ill-advised celebrations in indoor golf: the running knee-slide on the artificial putting green. Needless to say, the Knights will be recruiting for a replacement as their man recovers from his double knee replacement.

Away from the cut and thrust of the above fixture, #GCW managed to hold their own in the verbal exchanges with The Course. Getting off to a flyer, #GCW followed and early birdie with an eagle, before posting an impressive score of 6under par which will have boosted their confidence after the opening day draw. Perhaps it was the return of their famous short wearing talisman which brought the change in fortunes?

Los Severianos came into our lives last week with a huge bang, bringing joy to thousands and leaving us wondering how we’d survived without them up to this point. Their game this week was therefore met with great anticipation and optimism as huge galleries jostled to assume their place to watch the second coming. Had it been beginners luck? Would the stars align for them again? Not wanting to be party poopers, Stevies Wonders don’t believe in superstition and set about showing up the new upstarts.

Back from exile, The Wonders Captain Tony Moss returned and showed what the side had been missing in their last campaign under the guise of The A-Team. A blistering start saw them rattle of four consecutive birdies which capitalised on the fact that Los Severianos had been stripped of their star player for the first few holes, unfortunately being caught in amongst train delays. By the time he arrived, the new boys were on the ropes and the only help that he would possibly have been at that point would have been to throw the towel in.

As it was Stevie’s Wonders win was signed, sealed, delivered with a birdie on the final green for a 5 hole victory. A win which has seen bookies slash their odds and install them as the new favourites, though they still have a way to go before they achieve the wholesale popularity of everyone’s new favourite team Los Severianos whose witty verbiage and chilled vibe have proven infectious.