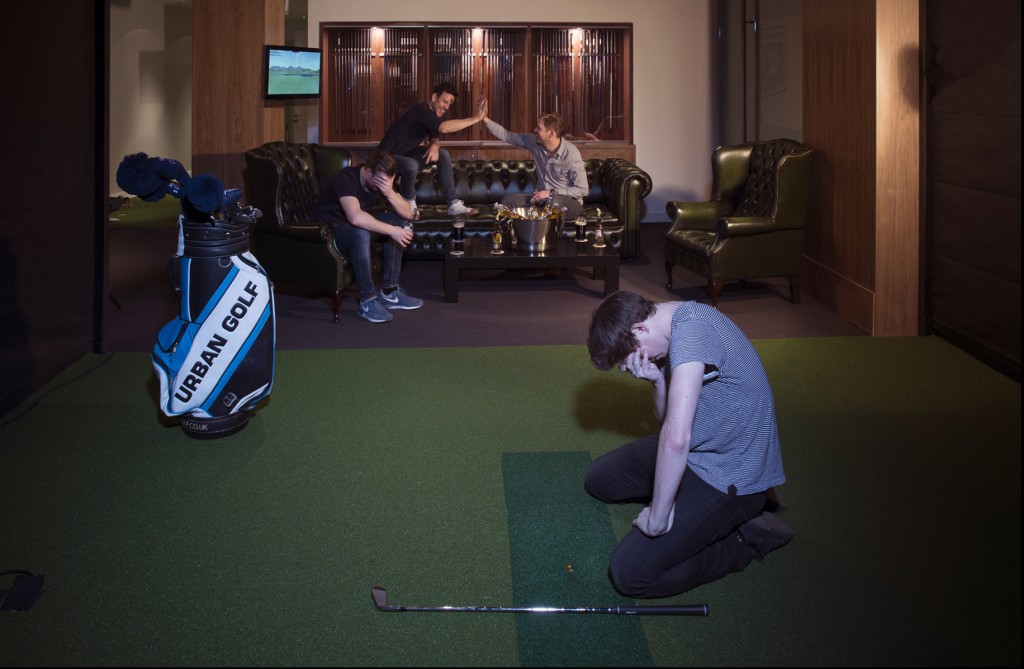 After a sweltering weekend in the Capital, the heat was cranked up further as the two giants of League 1 locked horns in a sparkling contest. There really was only one match to watch this week, and it certainly did not disappoint.

Stevie’s knew that they would have to inflict a heavy defeat in order to claim the title from under the noses of the Bulbous Melts. In contrast to the settled Wonders, The Melts bravely opted to hand a debut to one of their youth development team in this most pressurised contest.

The pre-match build-up was dominated by talk of the hideously sloping greens at the Mauna Ocean resort and which team would be able to cope best on the tricky surfaces. It was set to be a battle of the Melts long-game prowess against the Wonders mercurial short-game. The opening exchanges in the contest would be key, and so they proved. The Melts played two stunning shots into the opening par 5, only to see their flinty opponents roll in from 20 feet  for eagle to apply enough pressure on a 12 footer for eagle and the half. Not phased by the intimidating atmosphere, the wide-eyed debutant Softhands held his nerve to secure the half.

The opening four holes very much followed this pattern, with The Melts throwing their biggest haymakers at Stevie’s only to find no way through. The similarities with Rocky IV were uncanny, as after a further three birdies with no inroads made, Chief Melt James Day uttered the immortal words “they’re like a piece of iron!” At five under par for four holes, The Melts clearly felt they should have been ahead, and their frustrations came to the surface.

On the flipside, Stevie’s were very comfortable churning out birdie after birdie. The first breakthrough came when the Melts failed to take advantage of the short Par 4 14th, as they had to stand back and admire another short-game masterclass from Stevie’s whose birdie gave them a crucial one hole lead. The door though was left ajar as all three Wonders missed the following par 3 green, but again The Melts failed to take advantage as they missed from 12 feet for what would have been a match-levelling birdie.

The brief birdie drought wouldn’t continue as both sides exchanged birdies on 16 and 17. With these birdies, The Melts secured the title on holes difference but there was huge pride at stake playing the final hole.

By the time the sides reached the final green Softhands, Bieber and King Melt had made light work of the impressive array of craft ales available from the drinks cart and were by now extremely relaxed. A kick in birdie for them left the stage clear for Stevie to close out the match by holing from 11 feet on the final green for yet another birdie, an amazing score of 9 under and of course a victory that would create waves throughout the game. Inevitably the putt was holed, fireworks went off and much hugging ensued.

Following on from one of the great games (Wonders made 7 threes, 1 two and 1 four) in Team League history, King Melt was magnanimous in defeat “how the f*!k did we lose that?”

In the other game on the night a much changed #GCW side looked to end their season on a high against Fairway to Heaven. The stand in skipper for the online golfing upstarts was given a timely reminder of the quality on show as Heaven made birdie on the first to strike an early blow to the confidence. Testing his confidence further, #GCW’s captain was goaded from afar as Australian coach Martin Ayers laid into his pre-shot routine while watching the live feed from Down Under. Having given the Aussie short-shrift, he set about restoring parity in the match.

A brace of birdie’s on the 11th and 12th edged him and his side ahead, and when a 67 footer found the bottom of the cup on the 15th the tide was well and truly turned in #GCW’s favour. This was certainly a great way to sign off and lift themselves from the foot of the table. In summing up his team’s season, the captain put many of the struggles down to want-away captain Ryan Curtis, labelling him a “lightweight.” “For all I care Ryan can recruit Martin Ayers for the next league – they’ll probably get on like a house on fire. Goons.”

That was quite a way to sign off the season, and it’s any guess how many of these sides will be together for the next campaign. Despite the final day loss, The Bulbous Melts will have been delighted by a successful debut campaign and will enjoy their planned break in The Maldives to recuperate and regroup before the notoriously difficult second season.