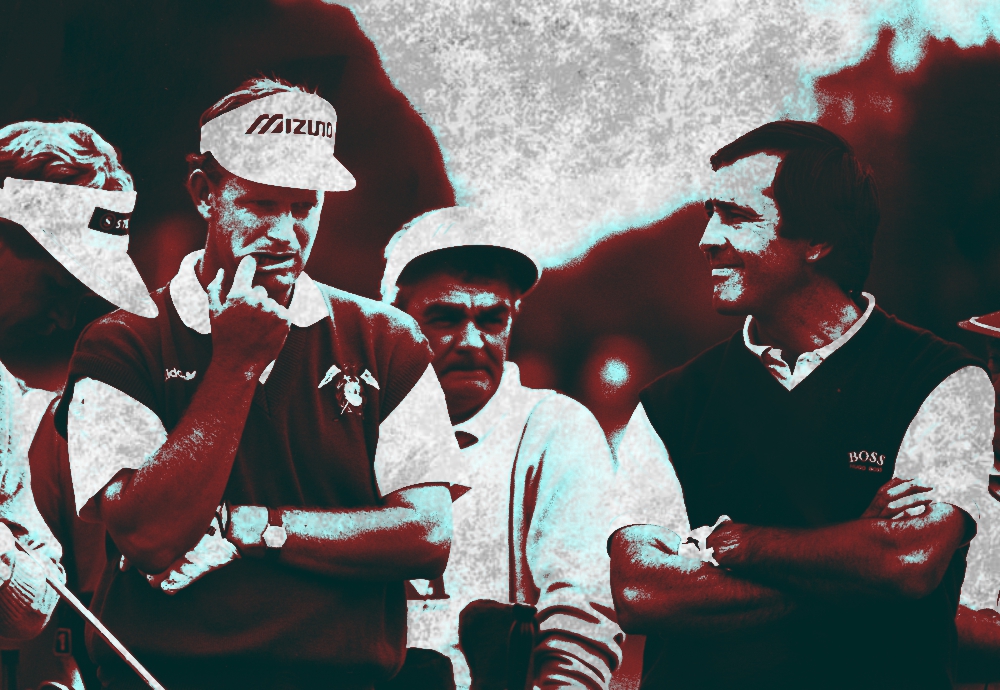 Three weeks into the campaign and League 3 is looking tighter than Linford Christie’s shorts, as four sides share top spot.

Having suffered their first defeat in a generation, last week, The A-Team took swift and decisive action as the drafted in Graham Harris from their deep reserves. This was to prove an inspired move as they took on a thus far winless I Like Big Putts team. The game started fairly tamely with a couple of halves before Putts lived up to their name with a 5 footer for half that would have made Jordan Spieth blush.

This unnecessary blow appeared to flick a switch within the return Graham Harris – who was honoured to be handed the captain’s armband on his return – who proceeded to put on a masterclass. Over the next few holes Harris may as well have been without teammates as he produced birdie after birdie. Although Putts were a long way from poor, they found it impossible to live with the relentless barrage coming at them. A loose 3 putt was all they needed as they struggled to stem the bleeding down the stretch.

As it was, the return of Harris proved an inspired choice as The A-Team returned to winning ways and sounded an assured warning to the rest of the league.

The side that burst The A-Team bubble last week, City Swingers, looked confident of cementing their place at the top of the league as they took on another side who suffered a shock defeat the previous week in the former of Stuper Mex.

The colder conditions of late don’t traditionally suit the playing style of Stuper Mex, who often won’t pick up a club between October and April – and having promised that he would give up the game if he lost to All About The Jazz, some were surprised to see him back in action. Mex had a sneaky surprise up his sleeve in the form of indoor great, Glen Oliver who is among the most decorated players in the game.

Swingers appeared to still be on cloud 9 as they were lacklustre and devoid of energy early on, in contrast to the high tempo, long-hitting of the newly formed Stuper Team! The continual pounding of huge tee-shots soon took its toll on Swingers, and especially their man who was flown in from New York (presumably to avoid the chaos of the election) for the fixture. The writing was on the wall a long way out, and it would have come as a blessed relief when the misery was ended on the 16th green. Stuper Mex look like they have stumbled upon a beautiful combination here and my go on to become a force once again – how will that affect Glen’s beloved Beamers?

The final match of the night pitted two sides who had both experienced the winning feeling just 7 days earlier and were confident of repeating the feat. The swagger was evident as an opening birdie by Shanks A Lot was cancelled out by All About The Jazz returning the fire on the second hole. The next couple of holes followed suit as the game looked like turning into a golfing version of a Rocky fight.

Birdies continued to flow as punches were traded yet further into the contest with the conflicting styles producing a mesmerising contest. The power game of The Jazz came to the fore as they drove the par 4 16th which trumped the putting skills of Shanks. A killer combination of birdie-birdie-eagle proved the knockout blow as The Jazz came out on top. The quality on display was something to behold – every hole was at least birdied and summed up everything that Team League is about.

It seems to be standard fare now on a Monday evening for games to be played out in this style and no wonder audiences the world over are paying good money to see it. It may well be the most exciting league in the world as at the halfway stage we have four teams level on 6 points. Each game is proving crucial and it looks like it will go down to the finest of margins.