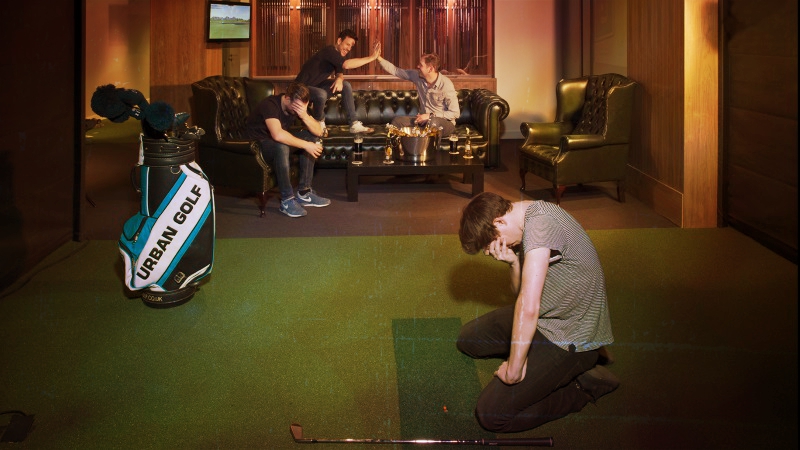 To say that the teams were looking fatigued would be an understatement! Any outsiders looking in could have mistaken the players as combatants in the Battle of the Somme, as weary and bedraggled as they were exiting the 18th green.

Having recovered from the emotional rollercoaster of the have-we-won-or-have-we-lost saga the previous week, Mashed Potatoes (or Pomme Puree as many refer to them) look remarkably spritely. They got off to an encouraging start over the opening holes and really only encountered their first inconvenience on the 13th courtesy of a lovely birdie by Aspen Amigos. At this point, the Amigos looked as though they may have found their perfect level of intoxication as the merlot lapped down their gullets freely and gently loosened their golfing muscles.

Sadly, it was to be a mirage in the desert of Puree domination that not even a double-dangler on the 16th make any less upsetting. The Amigos stuck to their task admirably, but it was ultimate disappointment for them as their torrid run continued.

The other half of the controversially ill-recorded result last week were in fine fettle as they strutted up and down the range like Prince Naseem. Their confidence was well-placed as their opposition were doing their very best Roy McEvoy impression. As every golfing gadgets imaginable lay strewn across the practice strip, Alan Pitchmarsh were forced to climb onto the first tee with their game clearly in tatters.

If there is one course that you need you’re A-game, then Spyglass would be it. Spirinac was her usual tidy self for the most part, only letting a few loose swings tarnish an otherwise decent knock. Pitchmarsh however, had a round to forget as they went from trees to water as readily as Tarzan. There misery wasn’t complete until a spectacular 12 on the final hole which condemned them to the history books.

Golfy McClubface rejoin the action next week and are set to drool over Spirinac while Pitchmarsh will be looking to restore some pride against the Pomme Puree.