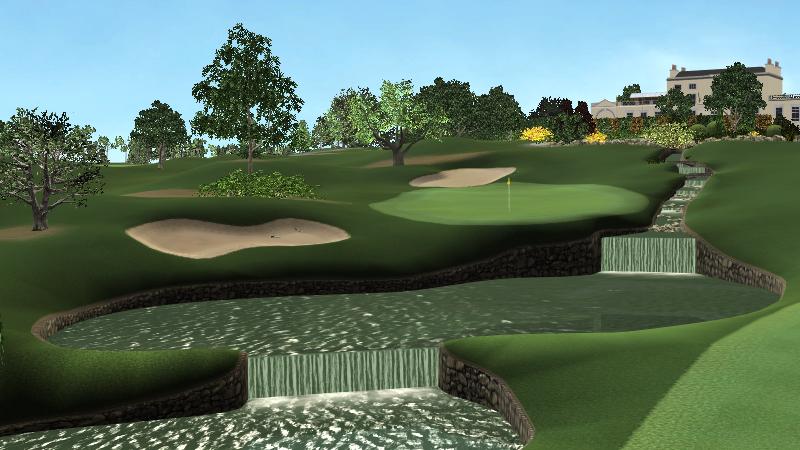 With three debutants in League 2, there is plenty of intrigue and uncertainty surrounding the forthcoming matches. Having improved throughout their debut campaign, Bruin the Hole were well-backed by bookmakers to make the running in this league.

In the opening fixture, Any Hole’s a Goal made acquaintance with Webbo’s 12 Inch Gimmies in a gritty battle of the rookies. Having done their research, Webbo’s turned up with plenty of banter in their armoury and an additional cheerleader – a strategy that has proven fruitful for sides in the past.

Both sides opened up with birdies to belie their inexperience on the simulators and looked comfortable with their selected line-ups. As the holes wore on though, it became clear that the putting was going to be the deciding factor. For a few holes, as both sides struggled to get the pace, it started to look like a battle between Sergio Garcia and Lee Westwood as every putt grazed the edge of the hole.

Pretty much entirely down to their cheerleader, Webbo’s started to ease through the gears and, cheered on vociferously, made clutch birdies on 17 and 18 to take a slender advantage into the final hole. Riding out a nervy final hole, they managed to edge the win that was earned through their diligent approach and partisan support. Both sides will have learned a lot from this, and it is not beyond the realms of possibility that they could contest the league as they gain in experience.

Bookies favourites Bruin the Hole hosted debutants Your Golf Travel’s development side in an eagerly anticipated contest. For the first time in living memory Bruin’s captain appeared sober and fully revitalised after his untimely death last season. It may just have been a coincidence, but he performed to a thus far unseen level.

The match was played out in a leisurely manner with YGT having to back off several shots as teammates played mind-games with each other. As such, Bruin were given the luxury of not having to produce their best golf while they watched a young side scupper themselves. Observers were moved to question the credentials of YGT Sam’s captaincy as he lost complete control of his charges, and his faculties.

This looks like it could be a tough campaign for YGT, whereas Bruin may be onto something great ….. So long as captain fantastic can remain on the straight and narrow. The bookies aren’t looking favourably on the latter.