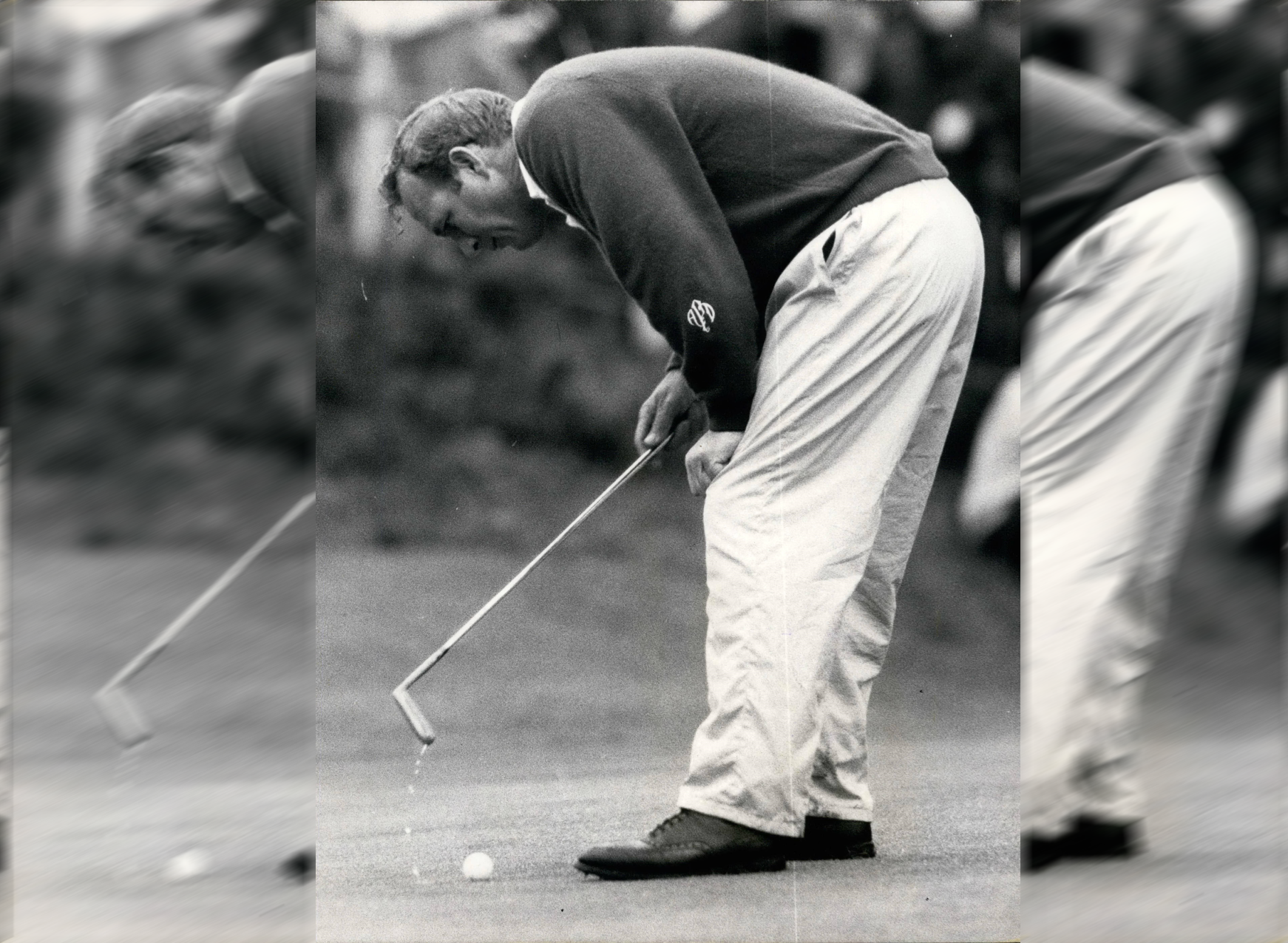 Just days after the celebration of Arnold Palmer’s life at Bay Hill, The Arnie Palmies were on the cusp of providing the perfect tribute to The King. With at least seven fingers firmly attached to the trophy, it was expected to be a procession for them at Pine Needles. Only a Devon Loch moment could derail them now ……..

The commotion surrounding Arnie’s Palmies as they approached the tee was something to behold as the likes of Oliver Richards and Chris Larkin were having to beat off their teenage admirers with a stick – even before they’d left the practice putting green. It would have been easy for City Swingers, so often the nearly men in this league, to have been distracted but they were fortunate that their bruised and battered opposition thought better of battling through the throbbing galleries.

While The Palmies battled just to make it to the tee, their closest rivals took advantage of a brief calm to initiate their match against All About the Jazz. Having lost to Arnie’s last week, Shanks A Lot were desperate to get back to winning ways and at least keep Arnie honest if they were to take the title. It’s no secret that Shanks absolutely adore the layout at Pine Needles, and it showed as they came out purring with a flourish of birdies.

Jazz were completely bamboozled by the combination of big drives and laser-guided approaches – it was as if they had just been introduced to colour television for the first time. Spending most of the holes in awe of Gyngell, Mohar and Moore, The Jazz were barely capable of laying a glove on Shanks as they coasted to a 7 hole win, that if nothing else made a huge statement about their state-of-mind following last week’s loss.

As Shanks A Lot were busy dishing out a humbling defeat, The Arnie Palmies were settling any last minute nerves with a healthy nip of Fernet Branca. In hindsight, this was probably a bad move as they struggled to shake of the distinctive taste down the first couple of holes. While they were regretting their libation of choice Fists of Furyk pounced, keen to end a disappointing season on a high.

Furyk were totally transformed from the side that turned in turgid performances in the last couple of weeks. Determined to crash The Palmie party, Furyk continued their excellent golf as they raced into a three hole lead. Palmie’s did recover some sort of poise after a few holes but the horse had very much bolted by now. Even a flurry of birdies weren’t enough to make inroads, and as their advances were given the Stevie Wonder treatment their frustrations began to bubble to the surface. Nothing riles quite so much as outsiders revelling in your misfortune – and this was fully evident as Shanks A Lot came to terms with their miraculous league win.

A troubling defeat for Arnie Palmies handed the title to Shanks A Lot, but it has got the fans salivating at the prospect of them locking horns once again next time around as the rivalry looks to be building up a head of steam. Thanks to this win, Shanks A Lot will be able to gloat about the trip they win for their efforts, courtesy of Golfbreaks.com