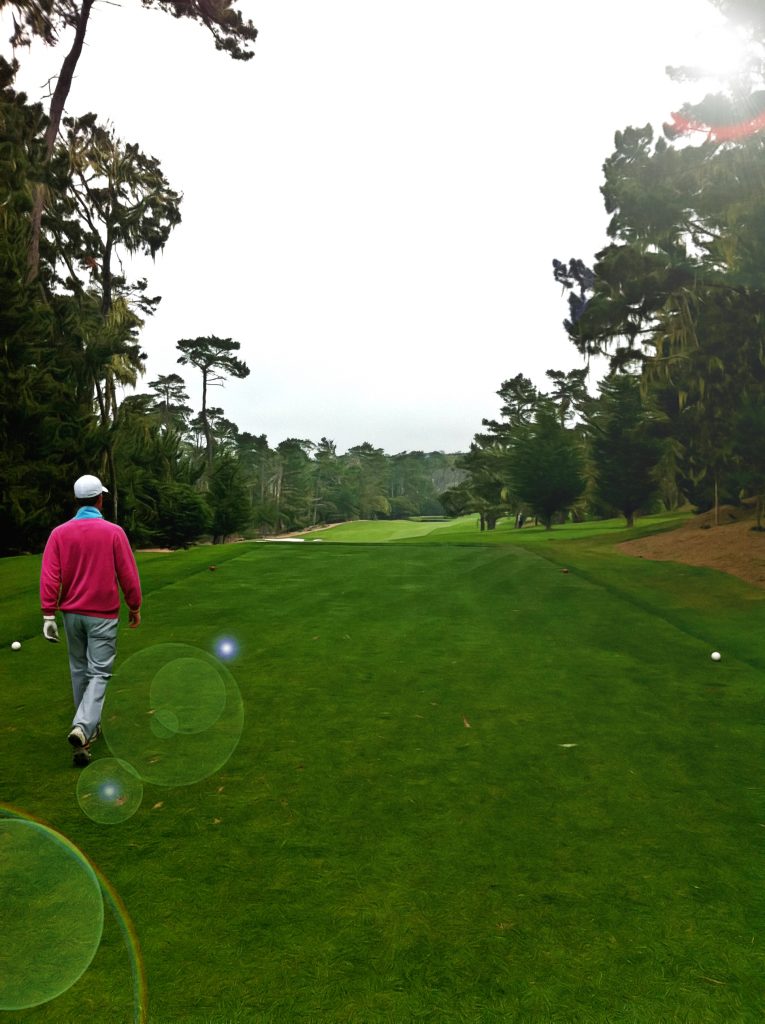 The midway point in the league had most teams quivering in their boots as the imposing Spyglass Hill hosted the latest round of fixtures. With fairways tighter than a notorious Urban Golf pro and the greens freshly bikini waxed, scoring was going to be tough.

Fists of Furyk had found the going very easy over the first couple of weeks but came well and truly unravelled against Shanks A Lot around the Monterey layout. Having scraped an early half to calm the nerves, Furyk’s game well and truly deserted them as they spent the rest of the round in the trees. With their driving deserting them completely, they managed to safely avoid all of the fairways coming home and by the end of the round were looking more anaemic than Josef Fritzl’s daughter.

A hefty seven hole victory propelled Shanks up the leaderboard and set on a collision course with another of this week’s big winners. With their reputation preceding them, The Arnie Palmies successfully messed with the minds of Arnie’s Army sufficiently in the build-up to completely nullify them. The Palmies were in their own bubble as they glided around the course in serene fashion and recorded a very impressive 3 under par total that will have been noted by everyone who matters within the game.

The final match-up of the evening saw one of the great rivalries reignited as City Swingers hosted All About the Jazz. The early holes were a showcase for the importance of putting. A missed 12 footer for half on the opening hole by The Jazz was amplified as Swingers converted from the same length on the following hole to maintain the narrow advantage. As both sides managed to navigate the cats-arse-tight holes with relative ease, pars flowed freely. It was getting close to the smelly pin positions that was proving difficult.

The blue touch paper was finally lit on the 15th when The Jazz struck an imperious approach to the par 5 green that required little more than a kick to convert it into a well-deserved eagle and give them the all-important edge. Both sides traded pars over the final three holes to ensure that The Jazz held on for a one hole victory and a glimmer of opportunity in the race for the title.