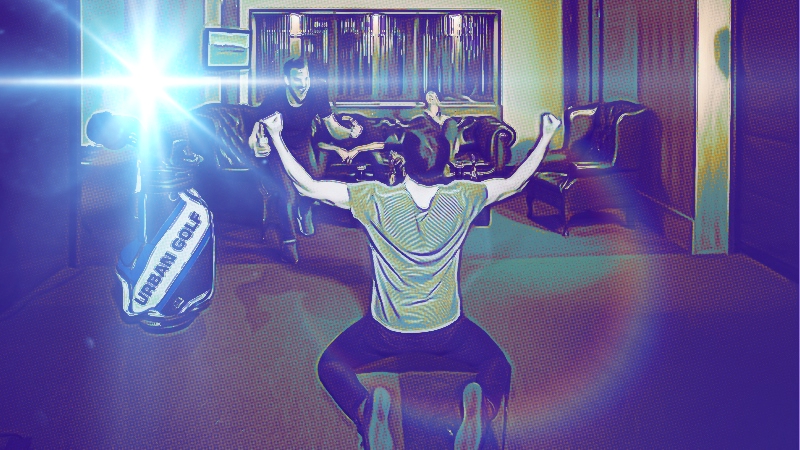 In days gone by the sight of the A-Team on the fixture list would have drawn a sigh from opponents as they altered their expectations toward a best possible runners-up finish. This all changed last season as the previously peerless A-Team became mortal and finished a lowly fourth in the league – even missing out on an Intertoto Cup berth. Their demise can be attributed to the rise of both All About the Jazz and City Swingers who injected a much-welcomed pizzazz to the game.

It was with this in mind that the anticipation ahead of an opening day clash between A-Team and City Swingers, was at unprecedented levels. Breaking with their traditional preparations, A-Team declined to travel on the day and chose to stay in a local hotel in order to maximise their freshness. City Swingers on the other hand remained confident in their processes and carried with them a swagger that didn’t necessarily sit well on their shoulders.

Seldom has there been less chat in the confines of a simulator at Urban Golf – it was like a game between Charlie Chaplin and Buster Keaton …… without the funny bits! Safely housed within their bubble of concentration, A-Team predictably hit every fairway and green in regulation with the minimum of fuss and entire avoidance of risk. In fairness, with putting like theirs it is a prudent if at time dull approach to the game. City Swingers were every bit as solid from tee to green and ensured that the contest would come down to putting prowess.

There have been few sides in the history of the game who have holed more putts than A-Team, and so it seemed almost inevitable that they would hold the upper hand. They did indeed capitalise on their superior short game to secure the points in a good-scoring but unentertaining game. Fortunately, there were some serious fireworks going on elsewhere to entertain onlookers.

All About the Jazz came into the week as reigning champions and looked the part as they limbered up in perfect harmony. They faced an unknown quantity in a The Quarter-Zips team that had only previously participated in UG Pairs competitions and appeared to be a cobbled together unit. What followed was an exhibition in team golf that has now set the gold standard. Alarm bells were set ringing as soon as an opening birdie by the Jazz was rebuffed by a spectacular eagle from The Quarter-Zips. It was clear from the get-go that Jazz were up against it.

Even when a 330 yard drive was followed up by a shank, the lengthy birdie putt was holed to continue The Quarter-Zips remarkable run. The Jazz played decent, not spectacular, golf that would have given most sides a tough challenge. The Quarter-Zips on the other hand played to an unworldly level as a single par was married to a combination of 6 birdies and 2 eagles that set an all-time scoring record around the Mauna Ocean course. There is no doubt who the favourites are now, but can they produce week in week out?

While the standard may not have reached the dizzy heights of the previous game, Shanks A Lot and I Like Big Putts and I Cannot Lie played out a wholly entertaining match in the very best of spirits. A plethora of shanks, duffs and sklaffs from each side served well to ease the tension and ensured more laughter than the Morecambe & Wise Christmas special.

They may have been sparing in their application of birdies, but these sides have guaranteed that they will be a good draw for the crowds as they offer a blessed relief from the librarylike ambiance of alternative fixtures. In the end, they played out a creditable draw that both teams merited. The hope is that a few more birdies come along in the upcoming games to match the refreshing way in which they play the game.

The Quarter-Zips will see their credentials fully tested next week in a contest against the A-Team that promises a tantalising clash of styles around Old Palm – a course that provides plenty of opportunities, if risks are willing to be taken. This clash could well open up doors for the likes of City Swingers and Jazz as they look to bounce back.