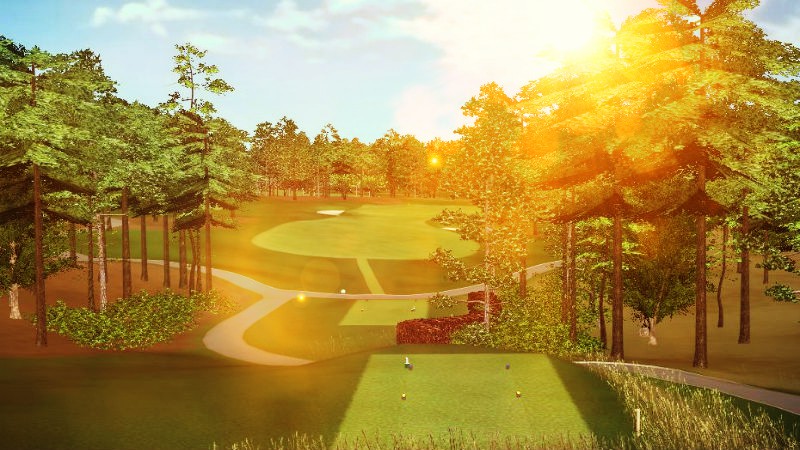 With the Ryder Cup dust still settling at Hazeltine, Team golf made its real return after UG Team League’s late summer vacation. Thankfully there was a distinct lack of chubby imbeciles in the crowd and shouts of “Baba booey” weren’t missed in the slightest.

There was no time to ease into the season for two of the game’s biggest sides as The Beamers squared up against Golfy McClubface in what was already being dubbed the title decider. McClubface became embroiled in controversy long before the sausage sandwiches were ordered as accusations were flying around about the apparent abduction of Andrew Slowgier’s famed sloth headcover. With the cloud of a Home Office investigation hanging over the sides, the game teed off in rather subdued circumstances.

Either taken aback from the accusations of thievery or just ring-rusty from their lack of play, The Beamers got off to a seriously slow start on the greens as they watched short putts drift by on each of the first 3 holes. With Slowgier holing a putt from “downtown” on the 11th, The Beamers found themselves 2 down early on and having to resort to knocking over an opposition pint just to land some sort of blow.

The New Zealander’s though, are renowned for their steel and have a huge pool of experiences coming from behind from which to draw upon. A gimme 2 on the 15th was enough to draw the deficit down to one hole and immediately the strain was evident on the gnarled faces of the McClubface players. It was startling how quickly they became unnerved as tensions grew; CMS at one point snarling at Slowgier to “go and have another smoke” after a poor shot.

The Beamers didn’t need a second invitation to walk through the open door and proceeded to claim the next 2 holes and take an unlikely lead down the final hole. McClubface were permitted one opportunity on the final green to halve the game, but by now they were totally shot. All three players, now not speaking to each other, missed a very makeable putt from 15 feet to hand The Beamers a fortunate opening day win.

They say that a good side can win when playing badly, but what can a side who habitually crack under the slightest strain hope to achieve in such difficult company? The Beamers will no doubt get stronger, but McClubface appear to be in turmoil. Banners willing “Ogier Out” were all too obviously being paraded as both sides left the arena – these look like the toughest of times for the stalwarts of the indoor game.

At the opposite end of the experience spectrum, The Minster Swingers came into last night under a veil of mystery as they took on the recently rebooted WK J Choi in the Monday night debut. With zero knowledge of their opponents, WK J Choi had struggled for focus in the off-season training and looked somewhat disillusioned as they assembled on the first tee for their team photo. Despite these scenes on the opening tee, it was the Braveheart led Swingers who confused themselves as they over-thought selection of their opening drive which cost them the chance to open their account with a win on the 1st hole.

The early holes saw both sides look nervy as they gave up golden opportunities to draw first blood. Choi was the first to make use of the bench, and saw instant benefit as Craigo came on to make an instant impact on the greens – only to find Braveheart matching them putt for putt.

As the holes wore on Swingers were finding the fairway with monotonous regularity and gave themselves vital looks for birdie. With Braveheart’s putter now warming up to around 5000 Kelvin, the birdie putts were dropping from everywhere and gave them a healthy lead. Having tried everything, Choi was unable to respond to the late flurry of birdies and became overwhelmed in a 3 hole defeat.

The prospects for the league look bright as The Minster Swingers look likely to give the veterans of indoor golf a stern test, and should Braveheart continue to putt like a US Ryder Cup player they will have a chance at claiming a debut league title.