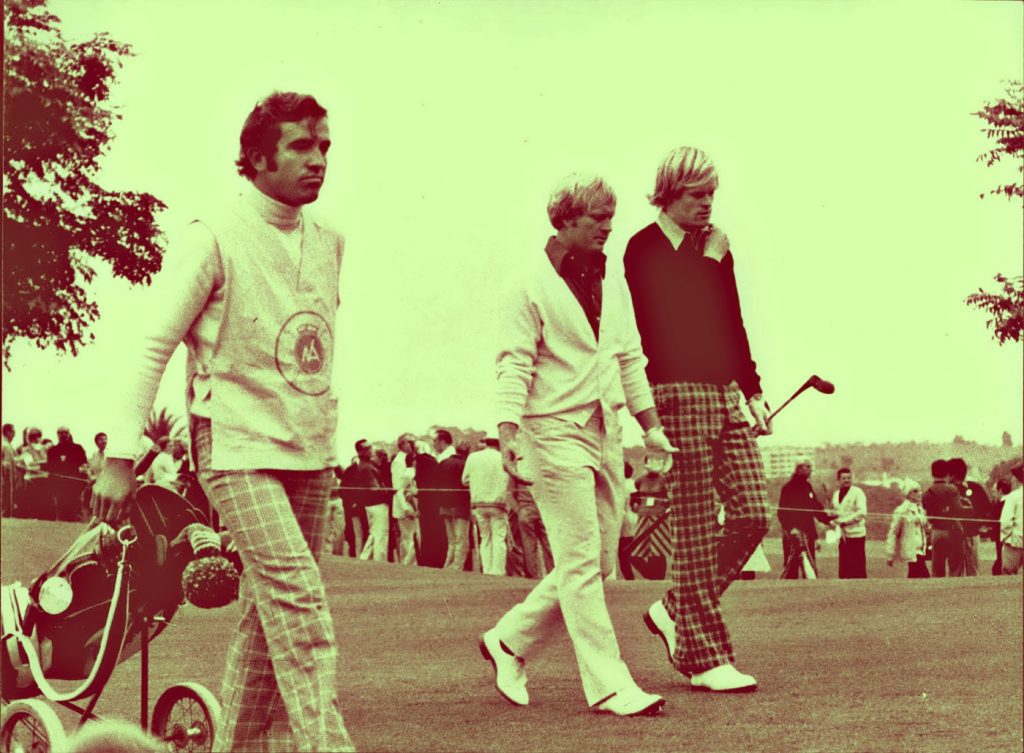 Golfy McClubface giving it the full strutt on their way to the title.

Every once in a while you have to hold your hands up and admit you were wrong. We’ve been going on for a while about how crap Golf McClubface are and how slow they play the game …… well, it seems that they are trying to outdo Lazarus in the comeback stakes as they have completely remodelled themselves.

Yes, they may still be craggy old-timers, but they’ve started to get a bit of a wriggle on of late having completed 9 holes in under 2 hours on a couple of occasions. It may be a little premature to say conclusively that they’ve turned the corner fully, but their new express play seems to be achieving results as they completed a 3rd successive win to continue their impressive streak that has now taken them to the brink of a second successive league title.

In the enviable positon of coming up against Paige Spirinac this week, McClubface came out faster than Colin Jackson with a brutal combination of 4 straight birdies. They stumbled momentarily on the fifth and gave the impression that they may have blown their load a little earlier, but before you could say “Ted Tryba” they were back in the zone hammering away at Spirinac. Though she gave as good as she got in the closing holes, Spirinac was unable to reduce the deficit established in the early holes.

The standard aggressive high-fiving from Chris Masterton-Smith again caused many a spectator to wince as his playing partners recoiled in pain. There will soon come a time when his McClubface team mates intentionally miss shots in order to preserve their limbs.

Given McClubface’s newfound swagger, it seems unlikely that they will be toppled next week but Mashed Potatoes will be trying their best after an impressive outing against Alan Pitchmarsh and his greenkeepers. This was a fine tussle, punctuated by a series of sumptuous long-iron shots from both sides. The contest was settled in and around the greens as Pomme Puree showed an assured touch while the greenkeepers were driven to distraction by the numerous unrepaired pitchmarks and unraked bunkers.

So ruffled by this golfing faux pas were the greenkeepers, that upon the conclusion of their match on the 16th green they took the law into their own hands. They sighted the most likely culprits strolling up the 17th fairway and set about catching up with them as they took control of a passing buggy, and armed with rakes and a broken flagstick, set about catching up with Golfy McClubface and teaching them a thing or two about etiquette.

In scenes resembling Anchorman, the pair of tussling teams were soon joined from out of a nearby heather bush by the recently absent A-Team who were wielding a set of Petron Impala irons and a rusty boathook. Fearing for our safety we hastily made for the 19th hole as things escalated. No doubt a full update will be provided next week.