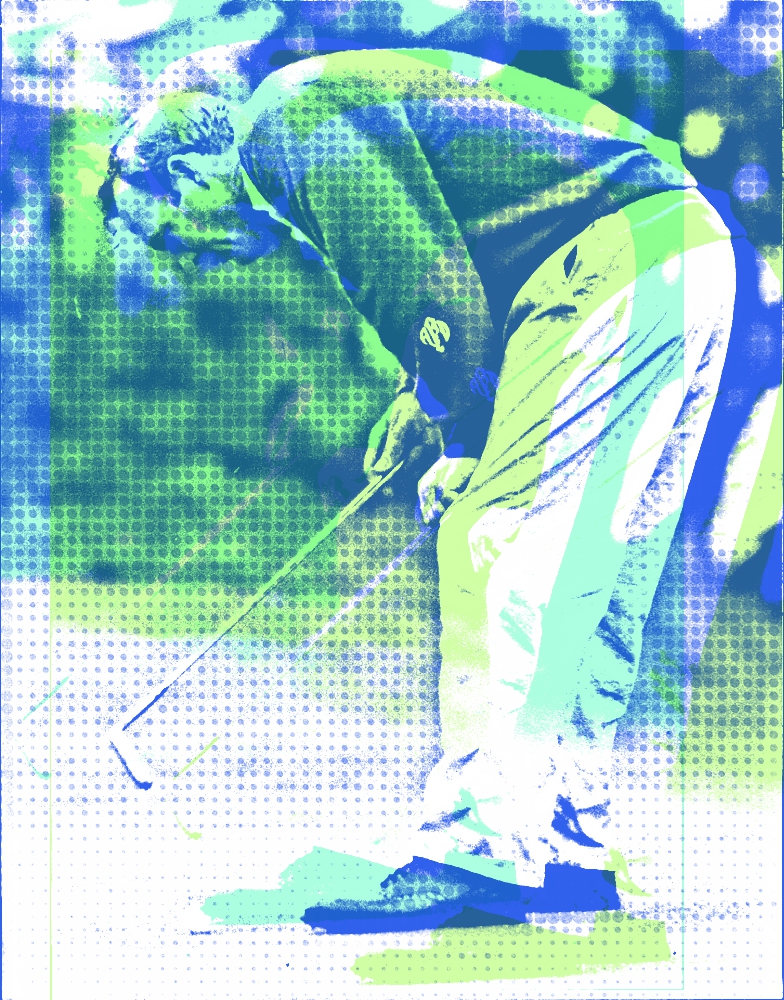 The early birds of league 3 have been infiltrated by a couple of the late-night swingers in the form of Arnie Palmies and Fists of Furyk who had tired of the regular spankings being dished out by the big boys after the watershed.

The Palmies certainly liked the feel of their new surroundings as they birdied the first against All About the Jazz who have become a welcoming staple of the 6pm slot. Jazz were certainly not amused by the intimation from Palmies that the early league would provide easy pickings for them, and quickly rallied with an eagle and a couple of birdies to give Palmies the wake-up call they deserved. Jazz quickly increased a one hole lead to two as the forecast began to look bleak for the newbies. This was however, a highly entertaining contest and one that Palmies were determined not to give up on.

A birdie on the 16th halved the deficit after a laser-like approach, though a half on 17 meant that a single point was the most that could be gained from the match. Determined to the end, Palmies followed a blistering drive with another sublime iron shot to give them a perfect opportunity to share the spoils as Jazz failed to box a 25 footer. With little emotion, Palmies poured in the birdie putt at the first time of asking and were able to breath a huge sigh of relief. This was not the gravy train they thought they were boarding and league 3 may well prove to be a hostile environment for them.

Two sides who are familiar with the urgent dash from work in order to imbibe the requisite fluids ahead of their 6pm tee time are City Swingers and Shanks A Lot who once again engaged in a tasty encounter at UG Smithfield. The league veterans put on a top-notch display with a flurry of early birdies that were exchanged as readily as Panini stickers in the playground at breaktime. Fittingly the game went right down to the wire as both sides went full tilt for the win.

The spoils looked set to go the way of Shanks as they hit into a cock’s length for gimmie, leaving the stage set for Swingers to contemplate a 23 footer for the half. As the heartrates increased, and sphincters tightened the three members of Shanks drew on past experiences to draw one last putt from the blades. With the ball barely halfway to the hole, Shanks started dishing out high fives as they had little doubt as to its final destination. And as the ball eased into the bottom of the cup the sighs and groans of Swingers were drowned out by the whoops and hollers from the relieved Shanks as they gained what was a just half.

With such excitement in the previous games it was a crying shame that I Like Big Putts and I Cannot Lie sensed an ambush from Fists of Furyk, and scarpered quicker than Scooby Doo from a caper, leaving Furyk to twiddle his thumbs and boast about how the title was already in the bag.