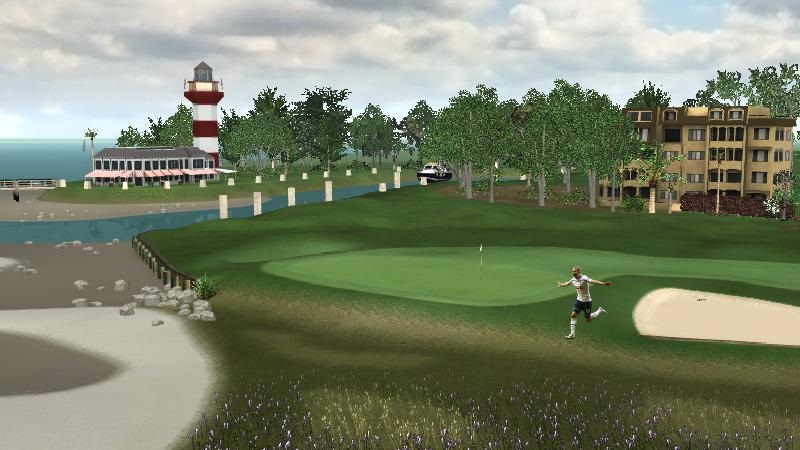 Harry Kane celebrates his game-changing hole out from the bunker

NASA’S finest mathematicians have been put on standby for next week as the possibilities of a cluster of four teams sharing top spot, increases. As the most unpredictable league in years reaches its climax the sides are challenged to ignore the plethora of permutations, and just focus on recording the vital victory.

In the early weeks of the league it seemed the Minty Biffs would likely coast to victory. However, their unpredictable captain has unsettled his squad by making changes to a settled side and insisting on completely overhauling his backroom staff mid-season. Rumours abound that Stuperman is one loss away from receiving his P45 from the clubs Qatari sugar daddy.

These concerns were clearly weighing on the Biffs as they faced a hapless Top Goosers side that literally did not know the meaning of the term “win”. A combination of disarray among The Biffs and a cull within the Goosers ranks, meant that we were in for a thrilling game. Sighting creative differences, Goosers captain Jamie Bowker explained that they had to move their long-game man onto another project as he was proving a disruptive influence.

Clearly the change of personnel had a major effect, as the Goosers not only recorded their first hole win of the campaign, but reeled off 5 birdies, en route to a commanding and somewhat surprising 2 hole victory. Adding to the dismay abounding at Soho on the evening, the game was closed out as Jamie B pitched in from 30 yards followed by his now infamous one-fingered salute to anyone he could see.

Shuffling the pack was the play off the week as Fruity All Stars swapped experience for youth in a bid to overcome the unpredictable FFCC. The youthful approach of the All Stars seemed to have been a masterstroke in the early holes as they very much bossed the opening exchanges. Looking for all money that they would be going 1 hole up, the All Stars bubble was burst when FFCC’s Harry Kane lookalike holed an outrageous bunker shot for a half.

It could be said that the All Stars lack of experience became apparent in the wake of that body blow, and they never really recovered. FFCC eventually ran out winners by 2 holes, in a game that really turned on one piece of magic and leaves them at the top of the table.

The final, and slowest, game of the evening pitted the collective gripes of Moanleicester City and The Captains in a crucial clash. With both teams struggling to get to grips with the Harbour Town course, it seemed that Moanleicester’s players were more interested in their new trainers than turning over The Captains. Among the chief moans on the evening, was the narrowness of the fairways.

The heavy atmosphere was finally lifted when one of The Captains produced a swing that looked very much like an Octopus falling out of a tree, as he somehow managed to hit the roof. Following a fair amount of stick from teammates and opposition, he made about turning the laughs into grimaces as he single-handedly steered The Captains into a 1 hole lead.

Once ahead, The Captains shut down the opposition and the game ended with the ball close to the corner flag after a series of throw-ins. The win puts The Captains in with a more than reasonable shout of lifting the title, but has not yet ruled out Moanleicester who could be victorious with a win and no little help by other teams.