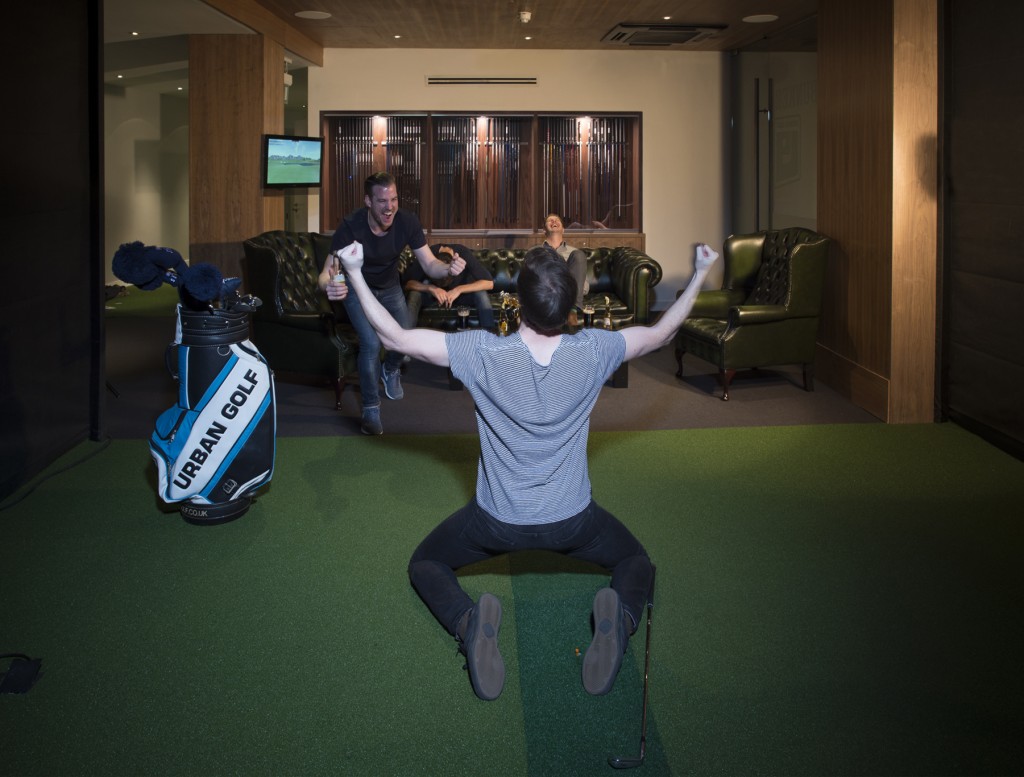 “The strongest league ever assembled.” “A collection of sports finest specimen.” “Remarkable.” “WOW! 5 stars!” – just a few comments from the world’s media at the launch of League 3 against a backdrop of fireworks and open air concerts to herald the new era of UG Team League.

With the anticipation so high, the teams were expected to put on a real show for the tanked up and raucous patrons. With so many marketable players like Drago, Andrew Slowgier, Golfing Ninja and Glen, this league cannot fail to entertain.

First up for Kan’t Putt, Mine’s a Gimme were the newly formed super group of Charley Hull Unraked Bunker – an amalgamation of Paula’s Creamer and Michelle Wie’s Wet Slice. Given the form of both Michelle Wie and Paul Creamer in their last fateful campaign, it was expected that Kan’t Putt would find little resistance as they started their defence. However, Charley Hull has drawn the best assets from each source and unlike most super groups has formed a side far greater than her previous manifestations.

Of course the return of Drago would be a boost for any side, and in this particular match was a perfect cover for Kan’t Putt’s power player. Both sides putt on a big-hitting exhibition, which at one point narrowly avoided tragedy as one of the marshals was actually sucked into Drago’s driver jet stream. Fortunately they avoided major injury as they were deposited into a lateral water hazard alongside the 12th fairway about 180 yards from the tee.

This incident may have caused Hull to lose concentration for the merest moment as Kan’t Putt slipped in to make eagle and open up a one hole lead. This lead was held in an iron-fisted grip as neither side gave an inch, trading birdies on almost every hole. The lead was retained as the teams made their way toward the final green. A superb performance by Hull was capped with a closing birdie that gave hope of a dramatic and well-deserved half. Kan’t Putt, however have developed a champions instinct and their competitive edge took them over the line as they scored a final birdie to close out a narrow win against their resurgent opponents.

Another side hoping for a change in fortunes after a re-brand were Keith Spieth & his Johnsons, now competing as Golfy McClubface against the enigmatic Something Els. It has oft been said that when Something Els field a full side, they are arguably one of the most entertaining outfits in the modern game, and much to the delight of all (aside from Golfy) they were once again at full strength.

Whatever their name, Golfy McClubface have looked to be a side in decline over recent months as a harmonious team spirit has given way to crude language, infighting a relapse toward deliberate play. In the face of the irresistible force of Something Els, there was much fear for the fate of the once great collection of player as to the extent of the damage that might be caused in this match.

Three opening birdies secured a three hole lead as fears grew that the ultimate humiliation may have been on the cards. There was a brief moment of hope for McClubface as they rallied with a birdie on the 14th to reduce the deficit. The hole win sparked an extraordinary display by Chris M-S who slipped into the campest dance routine since Russel Grant was on Strictly. Once the sequins had settled, Something Els resumed the onslaught as they completed a 4 hole dismantling of Golfy McClubface. On this form and with this side Something Els could be contenders.

Though the new season has brought great interest and innovation, some things have remained reassuringly unchanged. The Beamers participated in their tradition pre-game stretch on the practice putting green and A-Nother Team held a stern pre-game team talk.

For the first time in living memory A-Nother Team lost the opening hole as The Beamers sensed a weakness. With a spring in their steps, the Kiwi’s looked to take advantage of the low-key A-Nother Team, but came unstuck themselves with a rare bogey on the 13th to level things up.

This was perhaps the most uneventful game of the evening as birdies proved elusive, with both sides unable to get the ball in the hole from any sort of range. Expectations had been of a tight game, with considerably more pyrotechnics. Nevertheless, both sides would have been satisfied to avoid defeat though tinged with a little regret as they both failed to convert for birdie on the final green.

The first round of results have created the perfect platform for any number of permutations as The World’s Greatest League ™ looks set to match all expectations.