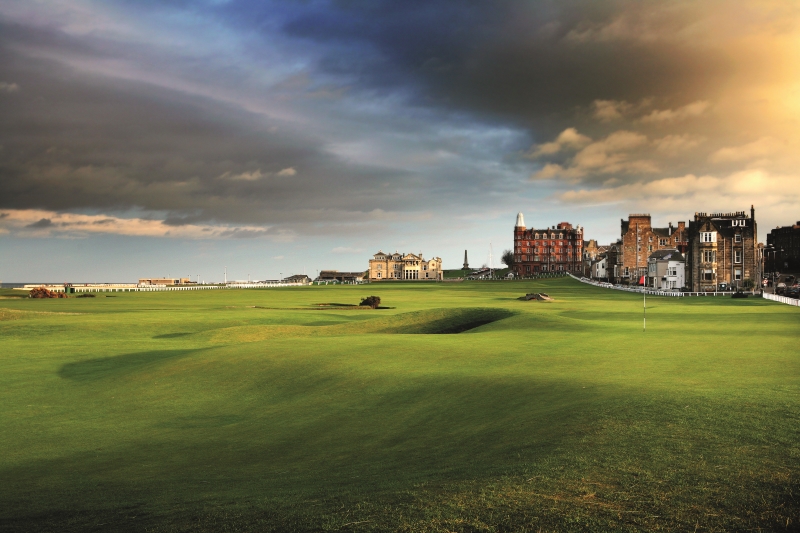 The second week can often be the hardest for the newcomers, as the opposition start to learn styles and the one-eyed galleries gather more ammunition. This week’s visit to the home of golf therefore promised to be an interesting one for our clutch of rookies in League 2.

Fresh off the back of a hard-earned point last week, Who Needs James Godwin, were keen to prove themselves right by laying down a marker against the first weeks only winners, Fists of Furyk. Both sides had performed superbly last week and brought the same form into the early stages on The Old Course.

With virtually the whole of Scotland to aim at off the tee, the deciding factor in this game was going to be a sure touch around the greens. As the holes went by it was soon evident that there was a huge chasm of ability in holing putts that separated the teams. As you might expect, Furyk was a dead-eye-dick on the short stuff, whereas WNJG were seriously lacking that killer touch. Since their off-season reshuffle they had made all the right noises and looked assured, but with the pressure applied and in need of their talisman, they answered their own question – “we need James Godwin!”

The damage could ultimately have been worse, but an easy 3 hole victory means that Fists of Furyk looked to be set on a collision course with The Beamers.

With a full bucket of craft ale and a fair wind behind them, Putts set about Arnies Palmies in aggressive fashion. The opening exchanges were frantic, with neither side able to get the upper hand. After some early trash-talking was followed by an attempt at physical intimidation, both sides then opted for the proven method of trying to get the oppo as pissed as possible.

What followed was as entertaining as any golf ever witnessed at Urban Golf. Hoppy IPA’s were traded with smooth stouts but neither side could get away from the other. As the golf descended into the background, the result became inevitable – a draw was agreed and then the serious business continued…….