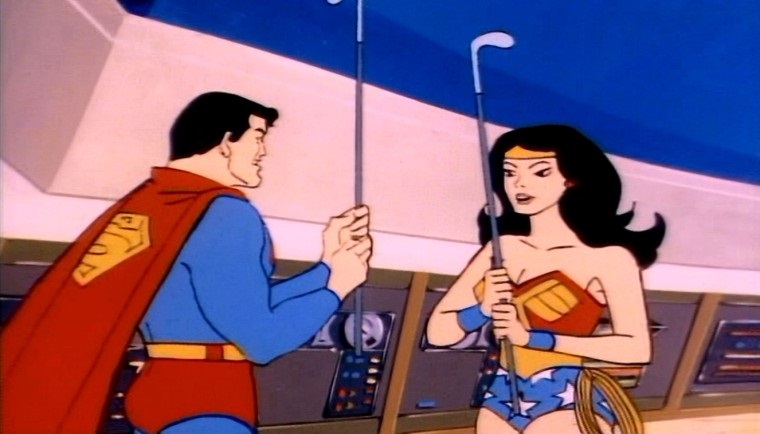 Everybody loves a title decider, and this one had all the right ingredients to make it a classic. The Knight’s In Shining Arnold Palmer needed only a draw to edge out this seasons revelations – CGMB. With the other games in the league no more than academic, all focus of the golfing media lay upon the colossal clash that would determine the destination of the League 2 title.

Having inked a lucrative multi-figure deal to secure the services of Wonderwoman in the build-up to the crucial encounter, the flower men had a real spring in their step and a steely look in their eyes. In a bid to even up the balance, The Knights included their very own Wonderwoman – this one however preferring to showcase her wine-drinking skills rather than golfing prowess.

The Knights took the early initiative as they capitalised on their superior power to make a mockery of the opening Par 5 and give themselves the easiest of birdies. Contrary to their plan, CGMB’s Wonderwoman came out of the blocks far slower than previous weeks, but thanks to the energetic Sonny, the contest remained balanced over the opening holes.

With the ship being steadied by Sonny, Wonderwoman was given free license to express herself and off the back of a couple of mighty biffs from captain Alfie, she was able to set up a couple of birdies that would apply pressure on the league leaders. As the birdies began to flow from CGMB, The Knights began to feel the pressure with their previously impenetrable Shining Armour appearing more like tin foil as the pressure intensified.

A birdie on the 16th moved CGMB to dormy and left the Knights requiring a likely two birdies to secure a draw and the title. Sadly the Knights locker was empty and two closing pars saw them fall agonisingly short of landing the league title they so craved.

Amid jubilant scenes of celebration, premium lager was quaffed and tributes paid to the league champions. CGMB’s rise this season has been nothing short of remarkable, with the emergence of Wonderwoman an absolute revelation. Talk of a feature film being made of the story may be premature, but rumours of a Damehood cannot be far from the truth.