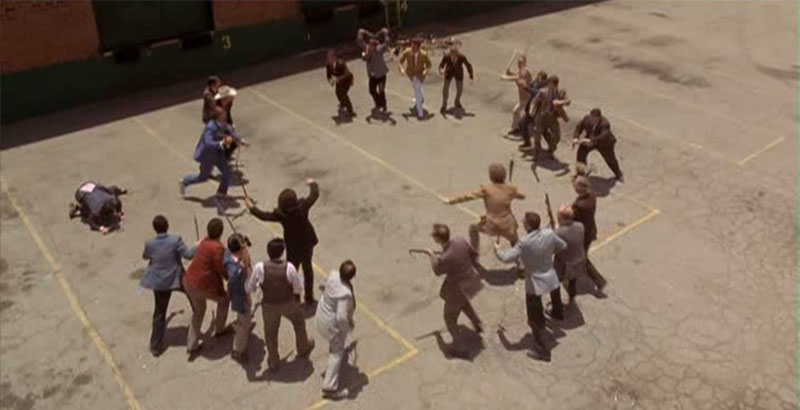 Battle lines have well and truly be drawn at Royal Smithfield as five teams are now busily eye-balling each other and waiting to see who flinches first. Quite incredibly, five of the six teams can feasibly win the league. Such a tight league has meant that every game is being approached with amazing intensity and a high degree of banter difficulty.

Undoubtedly, the pre-tournament favourites The A-Team have lost their way in the last couple of weeks. Maybe as a result of their stalwart Tony Moss having stepped down as captain, the side have lost their much-vaunted consistency from inside 100 yards and subsequently their aura. This week they came up against a hot Michelle Wie’s Wet Slice who had dispatched Beamers last week.

Wie seems to have tightened everything up since her last campaign and now has very few flaws. Clearly juiced up for the visit of The A-Team, Wie came out blazing as birdies were made to look run-of-the-mill. Naturally, any team would miss the short-game prowess of Tony Moss, and it became so obvious every time the A-Team were faced with an 80 yard pitch. Ultimately the game was decided on and around the greens, where Michelle Wie was far better drilled and composed. Magnanimous in defeat, The A-Team simply held their hands up and congratulated “the better team on the day” for their 2 hole victory.

Keith Spieth’s Andrew Ogier was on the receiving end of some pretty epic abuse last week, but came out fighting this week against The Beamers. Ogier literally tore his gloves off on the first hole, offering anyone within earshot the unenviable prospect of a duel on West Smithfield Street – it actually turns out that Ogier does not perform so well in such situations as it takes him so long to deliver the fatal punch once he has identified its target that his opponent generally has ample opportunity to land a knockout blow, have a pint and return to the sim before Ogier can retort.

Back on the course, The Beamers were looking to return to winning ways after an uncharacteristically slow start, but of course Keith Spieth had other ideas. In truth, The Beamers were on toast almost as soon as the game started as Keith Spieth raced to 5 under thru just 4 holes. Hotter than molten lava, Keith Spieth and his Johnsons piled on the  misery for the hapless Beamers on their way to a 3 hole win, courtesy of being 8 under par!

Keith Spieth has since issued a press release to announce that, “while introducing himself to the opposition, Andrew (Sl)Ogier removed his gloves from his hands and propelled them toward the floor in an aggressive manner. Whilst this could be perceived as an aggressive act, Andrew was simply acting out his very own interpretation of the haka, as he envisages it in a golfing setting. Regardless of this show of intent, Andrew is disappointed to announce that said gloves now appear to have gone missing. If anyone has any information as to the whereabouts of these gloves – black leather, with sequin detailing and a fuchsia cuff – then he would be willing to provide a reward in the form of a pre-shot routine clinic for up to 6 people.”

In a bid to be the antithesis to Keith Spieth’s tortoises, the final game between #GCW and Something Els was played at an electrifying pace. In this most unpredictable of leagues, #GCW were desperate to live up to their early season billing as the saviours of modern golf by returning to winning ways against the inconsistent Els. In a disappointing turn of events for #GCW, Something Els turned up with their A-game and proved to be a real handful. Already behind the 8-ball, #GCW lay claim to a team league first as every member of the team dispatched their drive out of town on the 14th hole – adding to an already mammoth task.

Needless to say, this didn’t help #GCW’s delicate equilibrium as they stuttered toward a 3 hole defeat. The win has taken Something Els to the top of the table on holes won, but the league is on a knife-edge. It’s anyone’s guess as to who will take control, but next week’s matches look set to be on the colossal side of gargantuan.