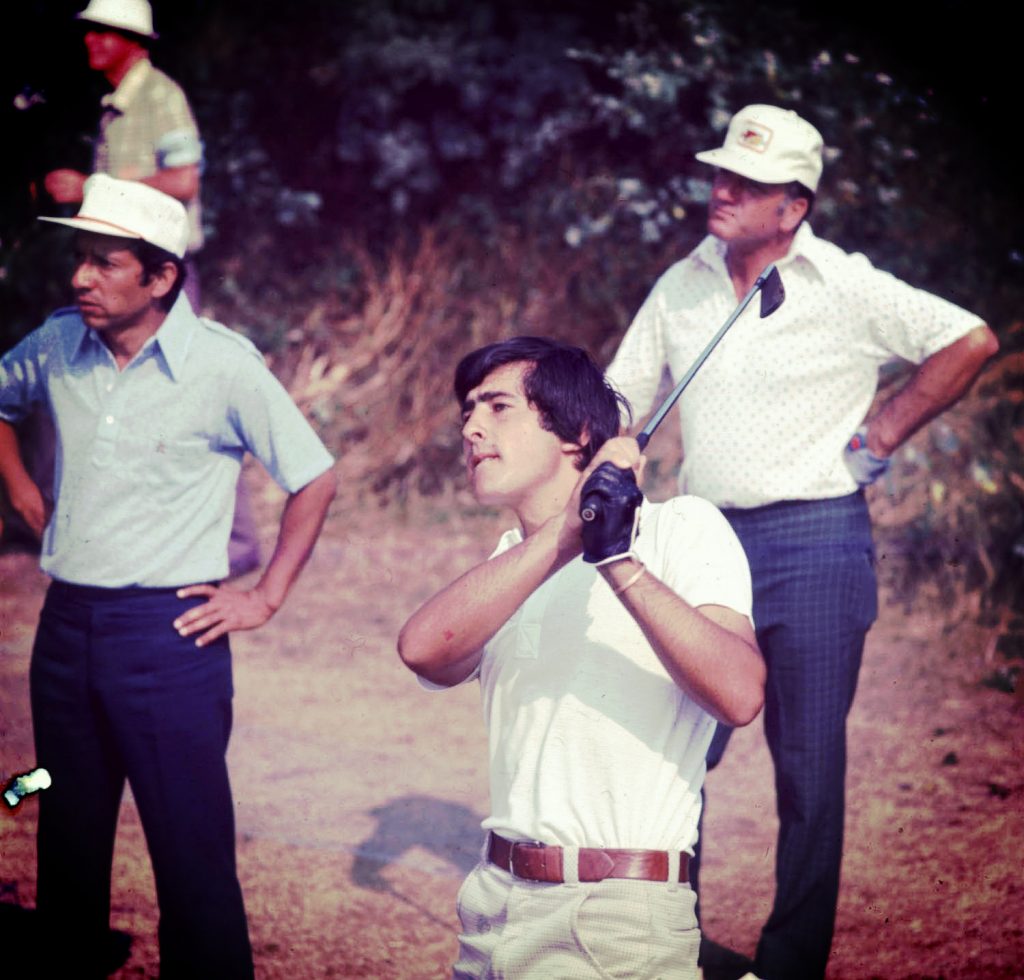 The Beamers look on as Captain Glen pures another iron shot.

They say that there is no worse game to lose than a semi-final. Well, this week two teams would be able to either confirm that theory or debunk it entirely as the season’s four best teams set about taking one more step into the final next week.

On a winning streak that even outshines their beloved All Blacks, The Beamers have long since been the side to beat in the indoor game and came in as heavy favourites against Arnies Palmies. Having rested himself for the opening holes last week, Captain Glen repeated the move and handed the reins to the ever-present Aiden. They say that with great responsibility comes great power, and Aiden proved this absolutely true as he reduced the opening hole to a drive and a flick to within gimme range. With a reputation as the game’s most nervous team, it was to be expected that Arnie would get off to a slow start, however in a play that hinted at a transformation from the mentally fragile to the iron-fisted, they sunk a stunning 40 footer to snatch the half and stop The Beamers mid-Haka.

To further cement their new mind-set, Arnies threw another two birdies at their illustrious opponents on the subsequent holes to secure halves. This game was hotting up nicely and really had the attention of The Beamers – so much so, that Captain Glenn stripped himself off and entered the fray on the 14th. The arrival of the big-hitting Kiwi clearly had an effect on the game as the body language of Arnie changed dramatically, resulting in a return to their former flaky selves.

On a very short par 4 14th hole, Arnie contrived to make a bogey to hand the hole, gift-wrapped, to the opposition. The added power off the tee from Glen only served to make Arnies feel inadequate and before long all of their mojo was vanished. In many ways, this match reflected what has happened so many times in matches involving the All Blacks. Teams can sometimes defy expectations (and t a degree their own inner-belief) to find themselves within reach after 50/60 minutes, only to find themselves chasing shadows for the final quarter and in deficit by 30 points.

The Beamers proved equally as clinical as their countrymen as they reeled off a series of birdies to close out the game comfortably. Arnies should not be totally disheartened as they put up a goof fight until their nerves gave out. They have made a big impact this term and if reports are to be believed that they are on the cusp of securing the marquee signing of “Big Bell Max” in time for next season, they may well go some way to closing the gap to the impressive Beamers.

It may be a daunting prospect having to face The Beamers in next week’s final, but it is certainly one that both the other semi-finalists were looking to relish. This would be a game of contrasting styles between two young sides that had created waves in their respective group phase. The Fists of Furyk brought their brand of precise plotting up against the almost irresistible power game of the Minster Swingers.

It was like a golfing version of the hare and the tortoise as Furyk continued to wedge close and hole the putts and The Swingers reducing par 5’s to mere drives and flicks. Despite a heroic eagle from the Swingers on the 12th, Furyk covered the first 5 holes in 5 under to ensure the match was locked all square.

It was increasingly likely that a slip-up may decide the outcome of the game, and as it was it occurred on the innocuous Par 3 16th. At just 165 yards, the hole should have presented no challenge for these players with likely nothing more than a 7 iron in their hands on the tee. Almost remarkably, every single player missed the green and it was down to short-game finesse. In another week, both sides may have holed their chip shots, but with so much on the line nerves began to surface. Much to the relief of Furyk, The Swingers performed with all the finesse of a bull in a china shop around the green as they could only muster a bogey to hand the advantage over.

Both sides clearly knew this would be a pivotal point in the tie, and so it proved as Fists of Furyk parked the bus for the remaining two holes and comfortably saw out the game. Furyk may have to find even more birdies from their locker for next week’s mouth-watering final against The Beamers. It’s undoubtedly the contest that all the fans have wished for – let’s hope the newbies can stick with The Beamers for the full game and give us a game that can end a highly entertaining season on the perfect note. It will be fascinating to see if The Beamers can deal with the high intensity should it go to the wire – and will Captain Glen start himself in the final?