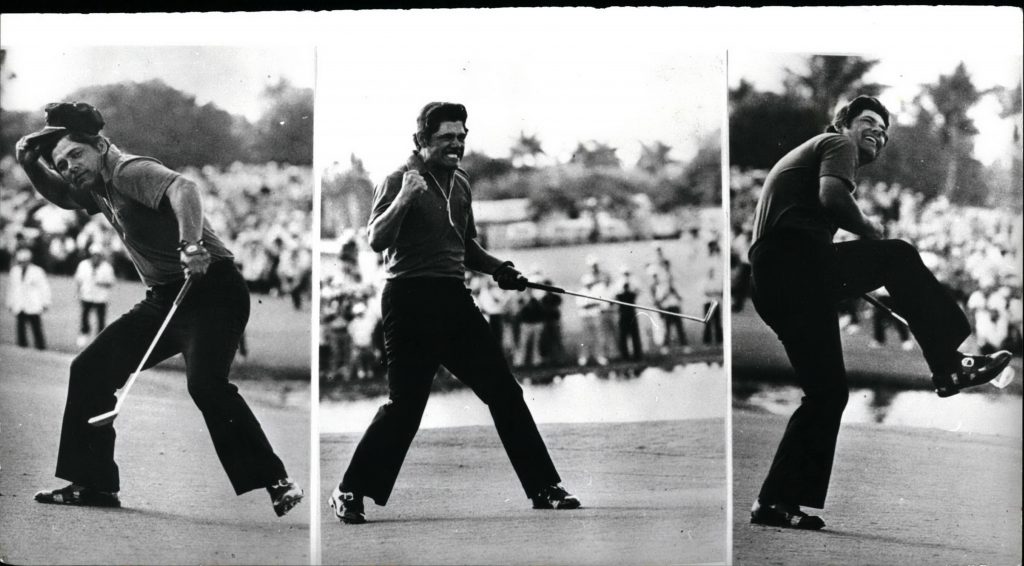 The Team League faithful were sent into a spin this week as the early birds returned to action after the strike that threatened to derail the sport finally relented and returned the game to the popular early evening slot. With their image rights now secured for another 3 years, The A Team come into the league as huge favourites having enjoyed a trophy laden decade.

There can rarely have been a more daunting prospect than making your league debut against a team that boasts the most decorated line-up since Giggsy hung up his boots. Much to the pleasure of the artisan crowds, A-Team got off to a sluggish start as their lack of competitive play in recent weeks was clearly evident. This slow start allowed the Shankers newcomers to acclimatise and get in a few nerve-settling up-and-downs for halves.

The A-Team certainly weren’t themselves and were given a rude awakening on the 12th hole as The Shankers made birdie to take the lead and perhaps started to dream the impossible dream. Alas, it would be short-lived as the veterans awoke from their slumber, reeling off 3 consecutive birdies to tip the earth back onto its familiar axis.

Though The Shankers had a spurt of their own, they were matched all the way home as the A-Team were able to breathe a sigh of relief at the victory and realise that they may not actually be invincible.

A brace of new sides came up against each other as All About The Jazz took on the City Swingers in what sounded like it may produce a wonderful musical fusion. With the adrenaline flowing like wine, the two sides came out seriously hot. The opening 4 holes saw birdies flying like insults in a Presidential debate, as neither side could quite get away.

First blood was finally drawn by The Jazz as their gimme birdie on the 14th was unanswered.  Eerily similar to the top match of the evening, The Swingers kicked into gear and made a delicious run of birdies that caught Jazz unawares. Instrumental to the final flourish of eagle-birdie-birdie, was the Swingers very own American who had been flown in from New York for the match – looking worth every bit of the 1st Classs airfare!

The Jazz weren’t entirely down and out, and came away with plenty of optimism – even suggesting that they would make mincemeat of the A-Team when they meet.  That’s the sort of thing the crowds will lap up and ensure they are held in their hearts.

Stuper Mex (having masqueraded under a variety of names in the past) was delighted to return to the fray and promised to wreak absolute mayhem with anyone getting in his way. This week he caught I Like Big Putts short as they were still contemplating their slider order, hitting them like a barrage of Mike Tyson punches.

With Putts unable to find a birdie, Mex was able to draw on his amazing power to make a mockery of par and string together several birdies. With the match virtually won by the halfway stage, Mex was able to coast home and even engage in civil conversation with his opposition. As the match arrived its jovial conclusion it seemed only fitting that Putts should live up to their name and put the final punctuation  mark on the game – their talisman Haaris holing a gobbler on the final green to restore a level of pride and spark a huge rendition of “I like big putts and I cannot lie ………”