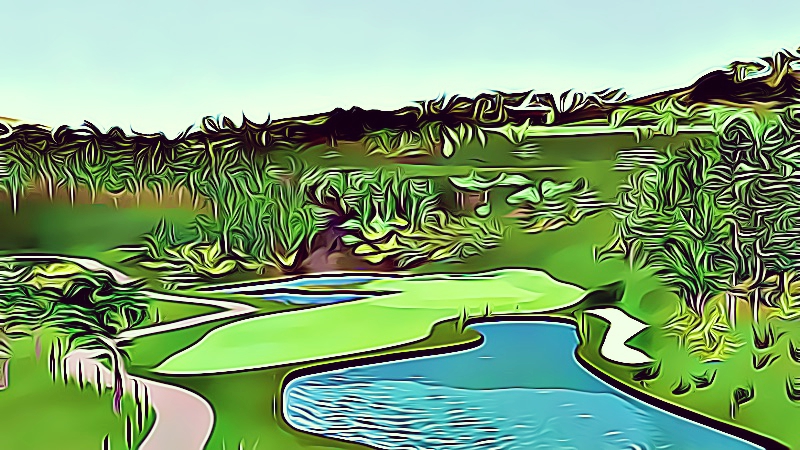 On the third Monday of January the troop of Team League golfers emerged from their winter hibernation, many of them sloth-like in their movements, and the odd one alarmingly lucid and limber. For some (Golfy McClubface) the winter break came as a blessed relief from the internal politics and back-stabbing that a woeful run of form often precipitates. Among the others, namely The Beamers, the break only served to halt their seemingly unstoppable momentum.

With all the sides very familiar with each other, the opening round of fixtures would offer up an excellent opportunity to determine whether the tables might turn this time around. Action got underway in the age-old tradition of Team Leagues, with the reigning champions striking the opening tee shot as The Beamers took on The Fists of Furyk in a rerun of the November league final.

To say that the champions opening tee shots showed signs of rust would be doing a disservice to iron oxide, but they soon recovered composure with a light sprinkling of flair that produced an opening birdie and secured a half against a focussed Furyk. Birdies were very much in vogue in this clash with a plentiful supply being served up from the putters of each side as the first seven holes were halved.

Though Captain Glenn was still serving up his usual quota of 300+ yard drives, he looked somewhat chastened by his inability to have taken the crown of festive Long Drive champion in December, that would have completed his dominant 2016 campaign in style. The game was a real beauty and looked more like an exhibition game than a crucial six-pointer, as both sides started to play with real freedom and verve down the stretch. For all money, this looked destined to be a fair draw, but Furyk had one final trick to play – landing a spectacular birdie on the short par 4 17th that went unanswered.

The final hole produced no change in the score line, meaning a rare defeat for the mighty Beamers who now have it all to do if they are to regain their supremacy. Kudos to Furyk who appears to have gained confidence from last season and may prove to be the real deal this time around.

One side that could only dream of confidence were Golfy McClubface who are coming in off their most calamitous campaign yet. Once the masters of the indoor game, they have since been reduced to league whipping boys. Having narrowly avoided being disbanded over the Christmas period, unable to make any signings, they returned to face a young Dude, Where’s My Par? with their very own Dad’s Army of players. Not so much leading the way for his team, but certainly catching the eye, was the evergreen Clive Wells. Dr Wells has produced his fair share of sartorial highlights down the years but he came out with his boldest yet on Monday as he entered the arena in a garment that can only have been sprayed onto his torso. Tight was not the word. If Under Armour are on the lookout for a successor to Jordan Spieth then we may well have saved them some legwork.

Dude showed an almost impossible level of restraint not to comment on the opposition attire, and further stunned the experienced McClubface by very nearly holing for albatross on the opening par 5. A mere birdie was no good as alarm bells started to ring for McClubface. Parity was quickly restored though as both sides eased through the opening three holes at 3 better than par. Dude showed tenacity as they drew blood once again on the reachable par 4 13th. The opportunity to double their lead went begging at the next as they failed to get up and down from just 40 yards.

On the 15th hole McClubface were very much clinging on for dear life as they were taking blows from every angle. The tactics soon became clear as cries of “ropadope” hailed from the edges of the fairways. The youngsters suddenly looked shot as they thrown everything they had at their craggy opponents without being able to knock them over. McClubface did manage to close out the final 4 holes in three under, but it may not have taken such fireworks to topple the weakened Dudes. What a recovery this was from McClubface. Could this spell a return to the upper echelons of the game?

The final game in League one saw the return of James Godwin into a side that had insisted they were better off without him. A saga that brought back memories of Pierre Van Hooijdonk and Nottingham Forest, looked destined to end badly for both parties but positive talks in the off-season appear to have settled all differences and the side look fit and in harmony for their clash with Charley Hull’s Unraked Bunker.

Both sides started in shaky fashion as they chopped it down the first, but order was quickly restored as they threw darts at the short par 3 second. The pattern of the game was quickly established as Charley Hull hit 300 yard drive after 300 yard drive during the whole match. Unfortunately for Hull the results of the second shots were far from consistent. On one occasion when faced with a near 40 yard approach to a par 4, they saw the ball disappear like a rat down a drainpipe for eagle – the next hole saw the ball disappear like a scolded cat out-of-bounds after one of the most textbook shanks Team League has witnessed.

Ultimately, the result of the game came down to the consistency of Godwin, who incidentally holed a putt from 40 yards (yes, yards not feet), which overcame the power game of Charley Hull and her Unraked Bunker.

For the neutral it would have been hard to imagine a more perfect series of results as the odds were very much upset. Though the favourites may not agree, this promises to be a mouth-watering league as no side looks entirely safe. Perhaps the most remarkable outcome of the opening week is that The Beamers remain favourites with the bookies, who will have made a tidy penny from these results.