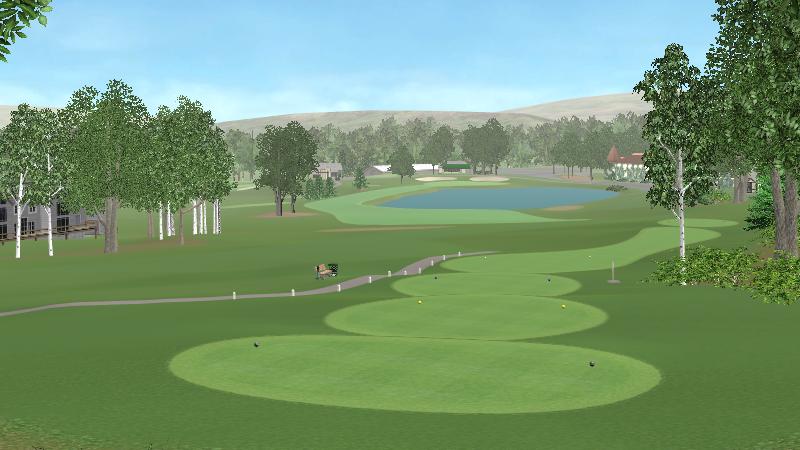 It was fittingly sweltering at Royal Smithfield on Monday as the sides stepped back into the cauldron of battle after a much-deserved week off. They may have been eyeing each other up from afar but CGMB and Stevie’s Wonders will have another 7 days to wait before their mouth-watering crunch game. In the meantime they had to take care of business against some potentially troublesome opponents.

Boasting the likes of Lee Westwood, Darren Clarke, Charley Hull and Frankie Dettori, Your Golf Travel are blessed with an abundance of talent from which to select their matchday squad. It was with this in mind that led commentators to suggest that this may be the biggest test yet of CGMB’s title credentials. Especially as they were shorn of both Wonderwoman and Sonny for the fixture due to a scheduling clash.

In a bold move, YGT opted to field a side of relative unknowns – all of whom hit the ball a country mile with the added bonus of a surgeon’s accuracy from the tee – to bounce back from their opening week’s loss. Both teams flew out of the blocks and matched each other’s early moves. In the absence of Wonderwoman, Alfie led from the front with an heroic eagle on the 15th for a gritty half to maintain the deadlock.

As the titanic tussle headed toward the closing stages, it looked for all money that nothing would be able to split these two sides …… until Wonderwoman’s younger brother (midway through GCSE’s) stepped up to single-handedly birdie the penultimate hole and give his side a timely lead. Clearly now under the skin of the opposition, CGMB managed to bring out the worst in Your Golf Travel as they started to blame their tools that had thus far been serving them proudly.

Holding out for the win down the last, CGMB proved that there are plenty of superpowers left in their locker and that their youth policy is very much alive and well!

Once a giant of the game, #GCW have now been reduced to a shadow of their former selves and have been hurled such insults as “being the Portsmouth of Team League – struggling to retain league status.” Such has been their fall from grace that this week’s opposition Stevie’s Wonders put on free coaches for their supporters in order to encourage some sort of atmosphere for an otherwise underwhelming fixture.

On the surface, this game was always destined to be a one dimensional spanking but it was also an interesting insight into the opposing attitudes of both sides. To their credit, #GCW remained in good spirits throughout the drubbing, offering up plenty of high quality banter that has become their trademark on social media. Conversely, Stevie’s were their usually competitive selves as they refused to let up whatsoever and showed no signs of compassion toward their beleaguered opponents. Whilst there is no doubting their competitive abilities, questions surrounding their integrity have come to the surface with greater frequency of late.