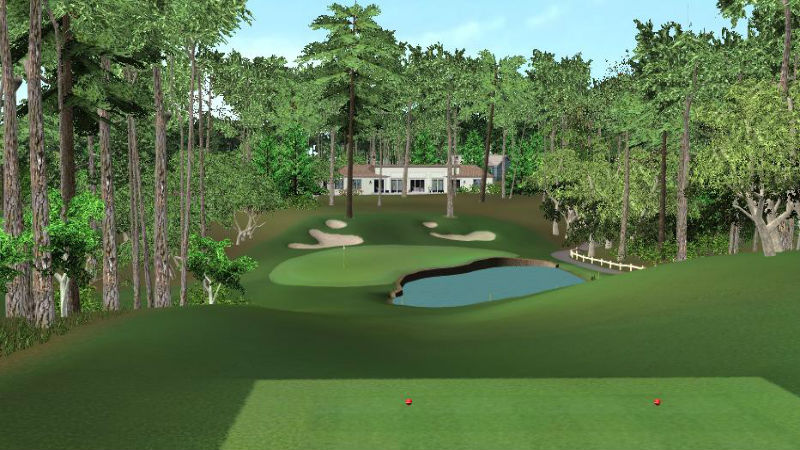 As leagues go, this one looks like being a doozy, with no one team standing head and shoulders above the others. Our men on the ground tell us that this league is going to go right down to the final putt of the season, with nerves being frayed to the point of rupture.

Having prepared for the game with a viewing of “Putting to a different beat” with Ernie Els, the Knights produced a spectacular 3 putt from just 7 feet on the opening green to hand the hole to 3Some. The make-up of the Level 3Some team has caused plenty of intrigue from correspondents on the crowd who observe how well each of the players stays in character throughout their games.

“Boozy Dan” lead the charge as he refused to have no less than 2 pints of premium continental lager within reach at all times, and was buoyed into hitting some colllosal drives. Sadly his teammates foolishly tried to maintain pace with Dan’s drinking and came unstuck closer to the greens, regularly failing to take advantage of the big drives. With the Knights woeful putting and 3Some’s erratic pitching, the lead changed hands on a regular basis and perhaps fittingly ended in a half as both teams made safe pars on the home green. Speculation is rife that “Boozy Dan” has now banned his teammates from drinking for the remainder of the season unless they can “man-up.”

After an epic win against The Course last week CGMB were looking to build on the momentum against Infinity International. Part of the strategy was to introduce the league’s first female player, who turned out to be the glue that held the team together for much of the match. Having lost ground early on, CGMB were cast a lifeline as Infinity manage to dispatch 4 balls to a watery grave on the 135 yard 12th which sent the game level once again.

Infinity’s fire-power was being held off by the fine play around the green of the flower sellers new recruit, but they did manage to forge themselves into a one hole lead by the time they found the 18th tee. Needing to make birdie to force the half, CGMB were unable to convert from 15ft on the last after a fine approach by their talismanic Alfie.

Taking on The Course this week were The Handichaps who were looking to get their season back on track after a disappointing opening week.  Things couldn’t have started worse for The Handichaps as they ran into more trouble with slopes than Jeremy Clarkson. Even the introduction of a new recruit only referred to as “The Seceretary” couldn’t stem the bleeding. Despite finishing strongly, and even recording a birdie on the 17th, the search for The Handichaps first points will continue next week against CGMB.

This league certainly promises to have plenty of twists and turns and still has any number of permutations that may play out – even The Course winning the league!