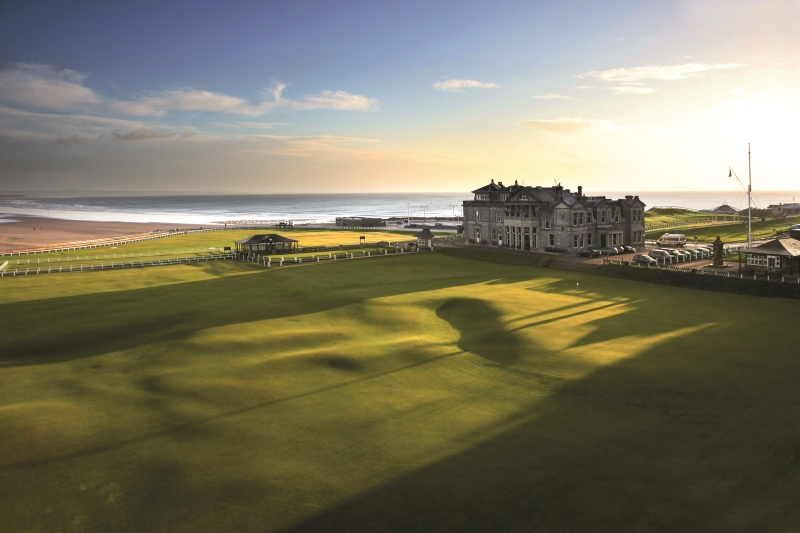 It was a rewarding week at The Old Course for our die-hard fans of Team League, as they saw plenty of entertaining action on the course and some bizarre antics off it. As many expected it might, order was restored as The Beamers found their natural position at the top of the league.

Much was expected of Golfy McClubface after their chastening defeat in week 1. After much soul-searching, team meetings and medical procedures the new look team came out fighting and at least on the surface looked moderately confident. As well as the much publicised internal feud that they were dealing with, they had to take on the brash newcomers in the form of The Minster Swingers who exploded onto the golfing landscape just 7 days earlier.

Never has there been an entirely happy McClubface team, but there have been times when they had at least been civil to one another – those days are very much gone now. The opening exchanges in the match were generally made between McClubface teammates as abuse was dished out like confetti. There were too many hurtful (and crude) comments to log in one report but a particular highlight was when Andrew Slowgier was called “a shit BFG.”

All of this bickering appeared to make Minster Swingers somewhat uneasy and they struggled to get to grips with their games that were so in tune the previous week.  Somewhat surprisingly, and likely caused by the mayhem on the other side of the table, they found themselves one hole down on the 18th tee. This was a time to wake themselves from slumber, which they duly did with an extraordinary shot that defied the laws of physics on its way to rewarding them with a gimme birdie and another nail in the McClubface coffin.

It seems that even when they don’t choke, McClubface are destined to fail. The inquest looked set to continue late into the night as Slowgier pulled out his wad of £5 notes, desperate to get the winning feeling one way or the other.

Having beaten McClubface to a pulp the previous week, The Beamers (fully stretched off as normal) oozed confidence ahead of their very first meeting with WK J Choi. Soundly beaten last week, Choi was desperate to get a foothold in the league – something at least to build on. Sadly for Choi, The Beamers were in no mood for charity as they set about another golfing exhibition. Led ably by Glenn, the standard was electrifying and gave Choi little chance of gaining even a morsel of comfort from their performance. That the scoreline was only 3 holes, is a huge credit to Choi.

The Beamers return to their position of superiority, while Choi will be relieved to only be facing McClubface next week in a game they will surely be confident of winning. Whether McClubface will be talking to each other at all next week remains to be seen as they were last seen trading insults on the streets of Farringdon in the early hours of Tuesday morning.