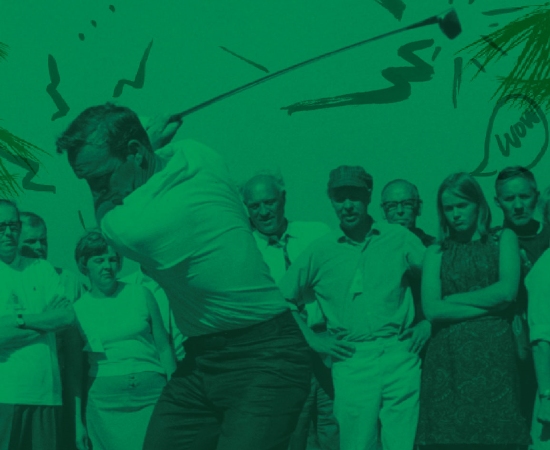 Before this week’s visit of the UG Team League, the highlight of any visit to Spanish Bay had been a spectacular incident involving London’s Best Golfer, Liam Gallagher. Midway through his US victory tour, the freshly crowned champion displayed a text book club-snap, performed with comical ease.

With potential of such antics rated as low, all eyes were on the plethora of golfing gods set to duke it out for the spoils in round 4 of League 3. The headline clash of the night saw a top of the table clash between the Arnie Palmies and Shanks A Lot. With the winners likely to find themselves on the cusp of glory in the league, stakes were high.

Both sides came out firing like Butch Cassidy and the Sundance Kid and were delighted that the Bolivian army weren’t out there to halt the birdie barrage. Whilst Arnie Palmies looked as if they had a couple of gears left, Shanks were first to show the strain as they called for the medics and a bulk consignment of elbow braces. With the armwear now in place, Shanks found the added appendage detrimental to their putting, as the ball started to shave the edges of the hole.

The Palmies found no such impediment as they continued to make putting look like Childs play on their way to establishing a 2-up lead. Ultimately the game petered out as Shanks couldn’t buy a putt on the savagely sloping greens. The win was greeted with some feisty fist pumping and the donning of red cardigans all round as Arnies Palmies look all set for their victory march next week.

Fists of Furyk had looked set to contest a final round decider against the Palmies until they came up against the massively unpredictable City Swingers this week. They may still be able to influence the destination of the title but will need to display better decision-making than they showed on the opening hole at Spanish Bay. With one drive positively transmembrified down the middle of the manicured fairway, Furyk inexplicably chose to play a ball from territory that even Bear Grylls would have thought about twice in entering!

Needless to say, it was a sign of what was to come from Furyk. Though it must be noted that Swingers did well not to be distracted by the antics of their opponents – creditably reeling off 4 unanswered birdies that proved more than enough to see of their hapless opponents.

The boffins in the stats caravan have been crunching the numbers and with the help of some complex formulae that would perplex even Will Hunting, have proven that it will be mathematically possible for All About the Jazz to claim the title from the grasp of Arnies Palmies next week. It will make everyone’s heads hurt if we go through the head-spinning permutations, but rest assured it can happen and Arnie better be on his very best form to avoid being on the wrong end of the calculations.